A hundred years ago Ulysses was published.
What happens when two complete strangers approaching their doom (turning 30), think it’s a bright idea to come together to adapt the “greatest novel of the century”?
This metatheatrical piece will dissect the mammoth task of transforming a 900 page beast-of-a-book (give or take) into a one-hour performance, that will surely (possibly? maybe?) delight contemporary audiences. There will be laughs, tears, existential dread and of course, shots! shots! shots!

This event is being held in collaboration with the Department of English, University of Malta, the Embassy of Ireland in Malta, and the Storm Petrel Foundation.

This event will be held on Bloomsday, Thursday 16 June, at the Queen Victoria City Pub in Valletta. The show starts at 8pm. It promises to be a watershed event and shouldn’t be missed! As all VIAF events, this one is also free but interested patrons need to register to book a place by sending an email to [email protected] specifying clearly which of the two shows you wish to attend.

Emma Johnson is a Maltese-born writer, director, actor and multi-disciplinary artist. She graduated in Theatre Arts and Performance Studies from Brown University, Rhode Island, USA, following her earlier education at Pearson College, British Columbia, Canada. Her versatility in the arts has enabled Emma to write, direct, act, and also video-edit numerous scripts and productions. Most notably, one finds Here Comes the Rain, Emotional Landscape, A Complicated Man, Odd Odysseys, The Seawolves, The Sea is a Thing with Feathers, The Drunken City, Fear No More, Medea, Mary Stuart, Romeo and Juliet, Phaedra, Opus, Talk, King Lear, Weird Sisters, among others. These productions have taken place in venues and famed Festivals such as the Edinburgh Fringe, the Hundred Years Gallery, New River Studios, Camden People’s Theatre, The Doctor’s Office, and CLF Art Café (London); the University of Cambridge, Leeds Theatre, Stuart Theatre, Brown University (Rhode Island), as well as at The Fish Factory Creative Centre, Iceland. Emma has won numerous awards and scholarships, enabling her to further both her studies and her career with various institutions and theatres in London, Iceland and New York.

Vikesh Godhwani graduated from the University of Malta, furthering his studies at King’s College, London, graduating with an M.A. in Arts and Cultural Management. He is also a graduate of Trinity Guildhall. Vikesh is the recipient of numerous awards, most notably the Standing Ovation Award – London Pubs Theatre, the OffFest Nomination, the COMMON Award 2020, Pitch to the Mix, King’s Cultural Challenge Culture Hack, Malta International Theatre Festival 2015, as well as two awards given by Arts Council Malta. His professional experience is wide and diverse. He was the Co-Artistic Director of Chalk Line Theatre, a freelance director and writer for numerous productions in both Malta and London, and a freelance creative producer in Malta, London, and the famed Edinburgh Fringe. Critical acclaim is impressive, with the theatre critic for The Guardian writing about ‘The Nobodies’: ‘Vikesh Godhwani […] skilfully conjures up vivid scenes with just a few quick strokes’. This production was given a 4-star rating. ‘The remarkably good script is impressively acted under the fine direction of Sam Edmunds and Vikesh Godhwani’, writes the theatre critic for the British Theatre Guide on ‘The Nobodies’. 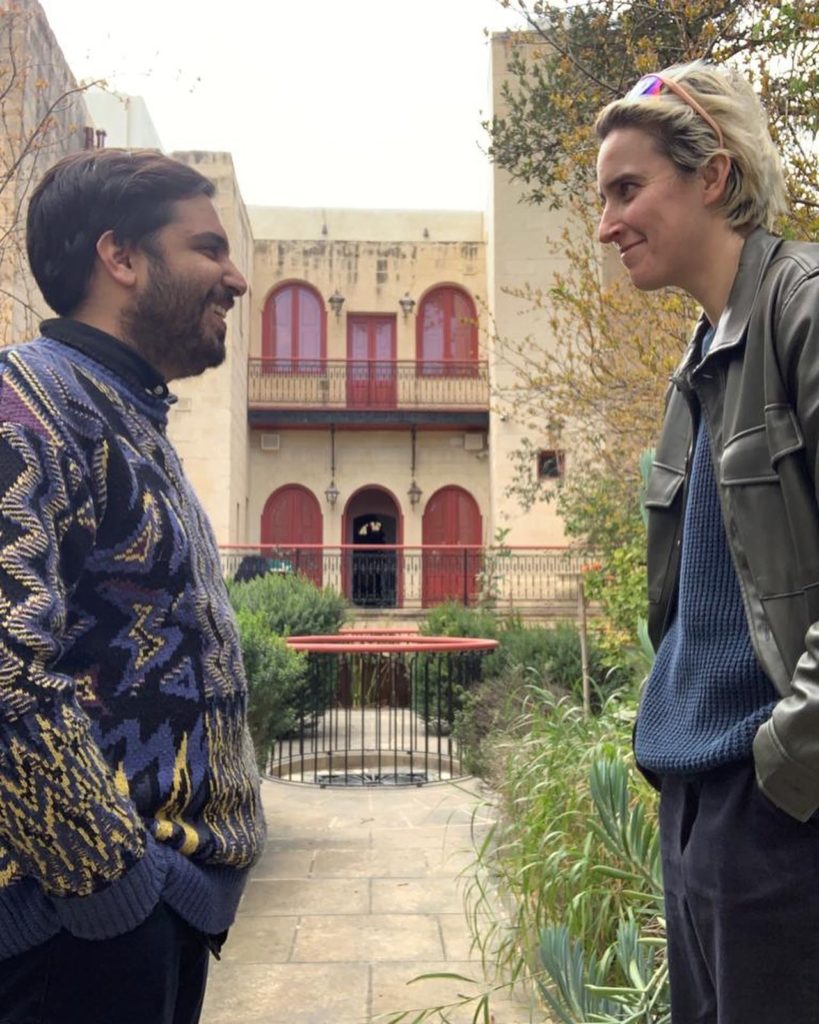