‘Born with a fiery, active temperament’, as Beethoven says of himself in his famous ‘Heiligenstadt Testament’, the rebellious streak of the composer is legendary. He has been called a rebel, a revolutionary, a misanthrope and more.  He is also routinely described as a visionary and a genius, a man concerned more with humane, spiritual (not necessarily religious) matters than political ones although his observations on and reactions to the latter are not to be readily dismissed.  However, whether he is understood as a political radical, a rebellious genius or a disillusioned fellow traveller, the fact remains that he was a deeply inspired composer, a genius like no other.  This paper looks at these facets of Beethoven the man and the composer.

Maria Frendo is a Senior Lecturer in the Department of English at the University of Malta. She lectures on Chaucer, Milton, Dryden and Pope, T.S. Eliot, World Literature in Translation, The Lyric, The Short Story, English Literature and Music, and Modern and Contemporary British Drama. She is Associate Editor of CounterText and a member of the Futures of Literature Network. She is also a professional musician, performing both as a pianist and a soprano. She has recorded for GEGA label, and performances have taken her to major venues in Europe and North America. She is co-organiser of the Victoria International Arts Festival, a yearly Festival celebrating the Arts, and co-curator of the Joseph Vella Archive at Il-Hagar Museum and Cultural Centre, Victoria Gozo. For eight years she was also Deputy Chair of the Malta Philharmonic Orchestra. Maria also sits on the executive Board of Aspiring PEN Malta. She was appointed to the National Order of Merit in 2012.

The lecture will also be streamed live on facebook.com/VictoriaInternationalArtsFestival. 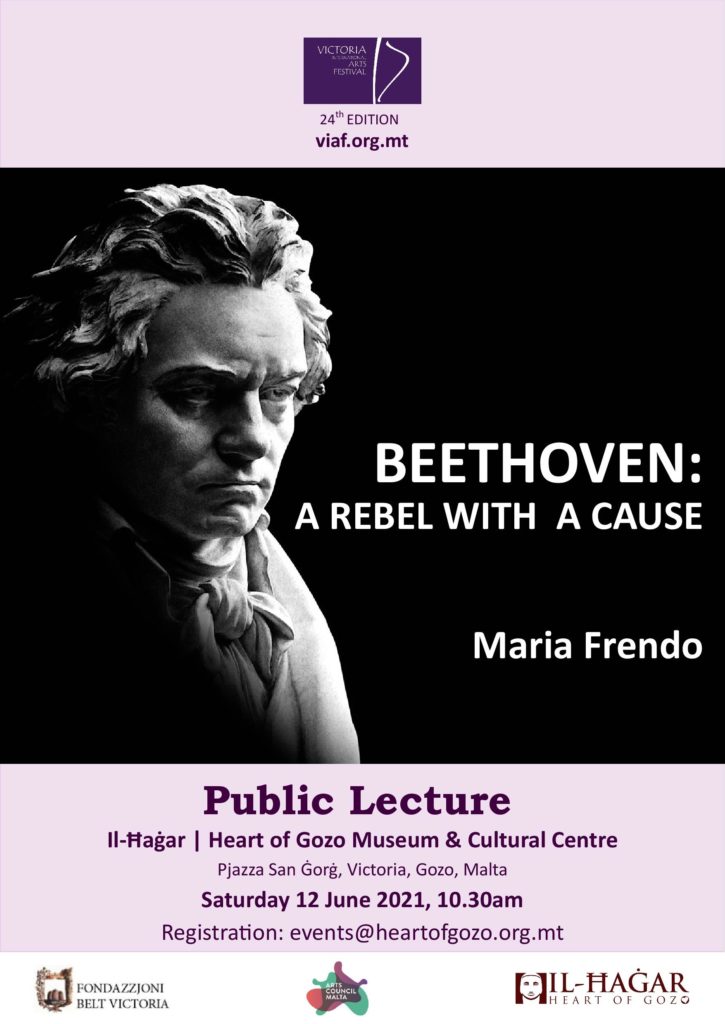