BACK IN FULL SWING with JOSEPH VELLA, BERG AND BRAHMS.

25TH Edition of the VICTORIA INTERNATIONAL ARTS FESTIVAL, in honour of JOSEPH VELLA;

Finally, the very sorely missed VIAF is back. With what a bang too! The last, full, pre-Covid edition was that of the 22nd edition in 2019. That of 2020s was a reduced series of streamed performances, last year’s was a series of limited performances amid health and safety precautions. VIAF lived on with the hard-working organising determined to bring it back to its full richness music-lovers from home and abroad had been tampered with for so many years.

Ever since the untimely death of VIAF co-founder Mro. Joseph Vella in 2018, the festival in all its forms has been dedicated to his memory. This Silver Anniversary of VIAF was heralded to an almost full house in a performance which was to be a very memorable one. VIAF Artistic Director, Fr. George J, Frendo briefly addressed the audience welcoming all present while wishing all a pleasant evening.

Speaking of anniversaries, for the 15th-anniversary edition in 2012, Joseph Vella had been asked to compose something of a celebratory nature for that inauguration. The result was Sounds of Celebration, Op. 129, aptly named and performed by the Brass Tubes Ensemble, which included a pair of kettle drums, directed by Mark Gauci. It projected a sense of expectation in its three rather distinct parts which are linked in different modes of celebration. It was crisply performed and augured well for what was to follow.

I don’t think that one hears the lovely voice of Miriam Cauchi as often as one would, especially during the often rigid restrictions of the past two years. However, whatever she sets herself to do she does it with great involvement and preparation. Such was the case with her interpretation of Berg’s Sieben frühe Lieder(Seven Early Songs), from 1905-8. Originally for voice and piano, they were orchestrated in 1928 and this evening’s was the set’s premiere performance in these Islands. These songs are just a few of the composer’s vast output. Their beauty lies in the many different moods and emotions which require a great interpretative skill. In the order they are performed the lyrics are from poems by Carl Hauptmann, Nikolaus Lenau, Theodor Storm, Rainer Maria Rilke, Johannes Schlaf, Otto Erich Hartleben and Paul Hohenberg. The orchestration is little less than glorious and bears the obvious influence among others of Brahms, Richard Strauß and Mahler. Besides these songs bear other influential sources from Berg’s musical baggage, those not only of Schönberg, whose pupil he was but even of Debussy. This explains the rich kaleidoscope of words and music of varying moods with a sense of hovering between symmetry and atonality.

These songs were a beautiful journey guided by the soprano and fully supported by the orchestra. It began with Nacht (Night) and all that it conjures and is dominated by the wonders of nature. Schilflied (Song amid the Reed) is rather sad and very reflective but in Die Nachtigall (The Nightingale), joy, beauty and wonder return. There is some happiness in Traumgekrönt but waking up bursts the bubble of fantasy and disappointment perforce surfaces. The sense of intimate warmth and comfort was well-projected in Im Zimmer (Indoors). So was it in Liebesode (Ode to Love), with its heady, almost perceptible floral fragrance, combining love and passion. Sommertage (Summer Days) concluded this wonderful journey which had soprano and orchestra in an admirably paced and well-shaped rendering.

Brahms left just four symphonies, “just”, but what an important legacy to the genre. They are all very beautiful, each in its own different way. All of them have a very well-crafted structure. The composer’s particular trademark such as thematic colour and treatment immediately makes them recognisable. How could one describe Philip Walsh’s and the MPO’s reading of Brahms’s Symphony N. 2, in D Major, Op. 73, if nothing as “simply superb”? As a friend remarked on the way out of the Astra, it IS difficult (if not superfluous may I add) to heap incessant praise upon the superlative. The texture, the balance, the sweep, the great work by various sections of the orchestra like the prominently important horns here and there right through the work; the flutes and woodwind, and the cellos who did not just play but warmly sang to their hearts’ content the string tutti so compact, crisp and warm too.

It just felt so great and so good!!! What a lovely come-back VIAF!!! 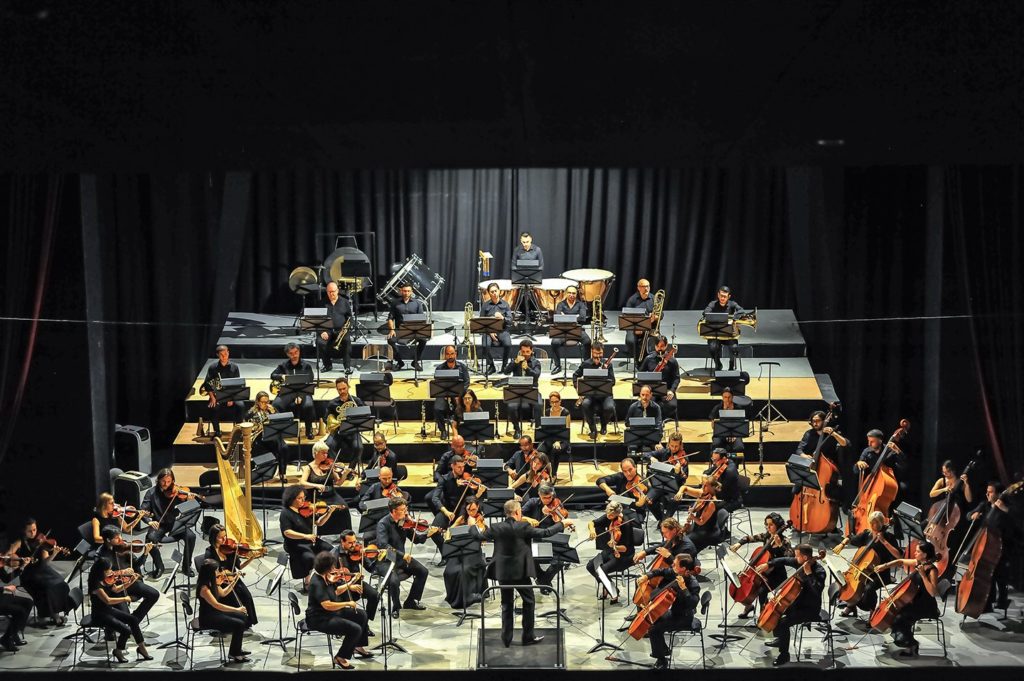 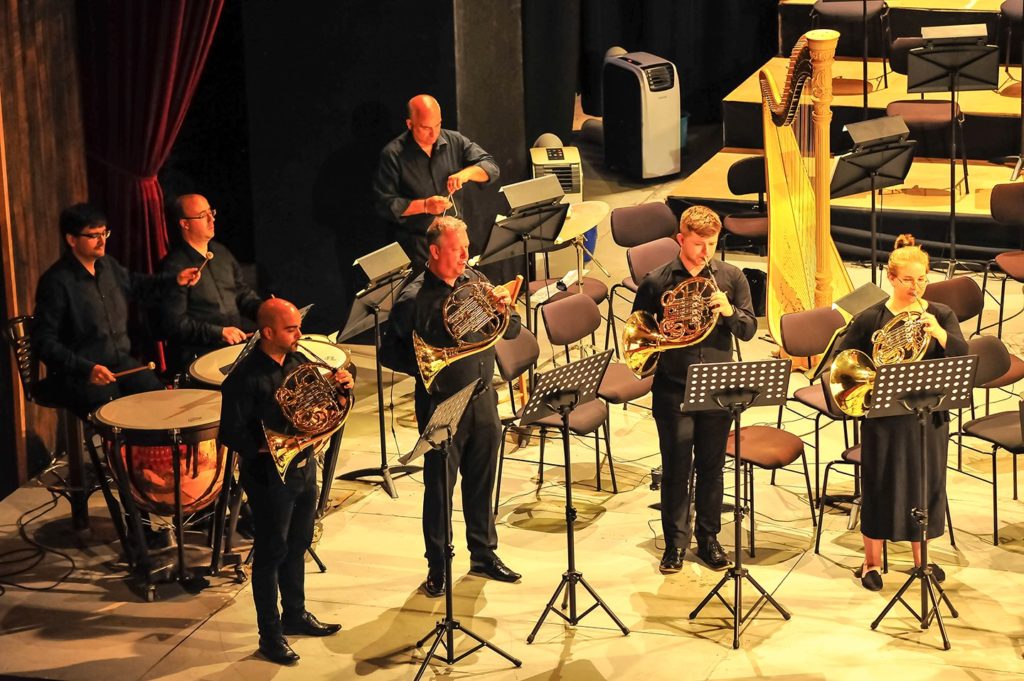 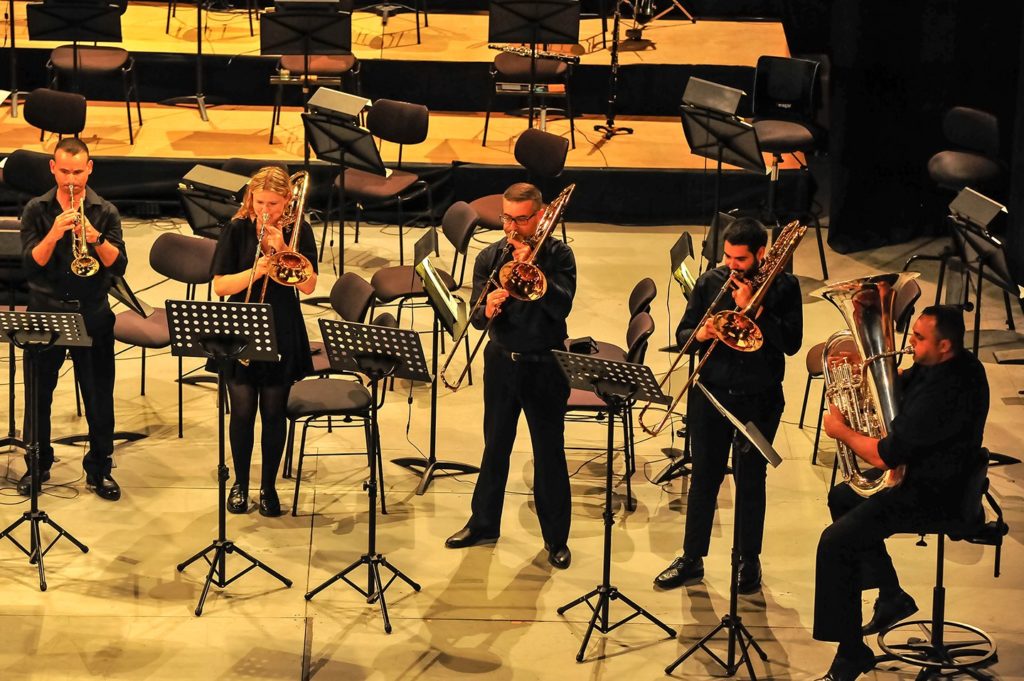 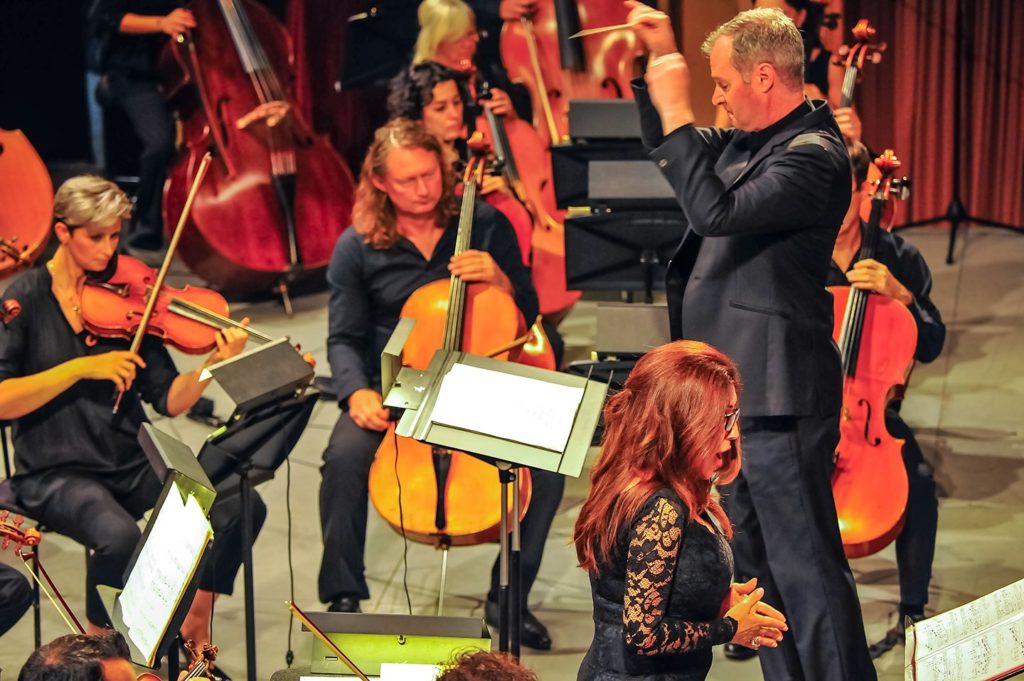 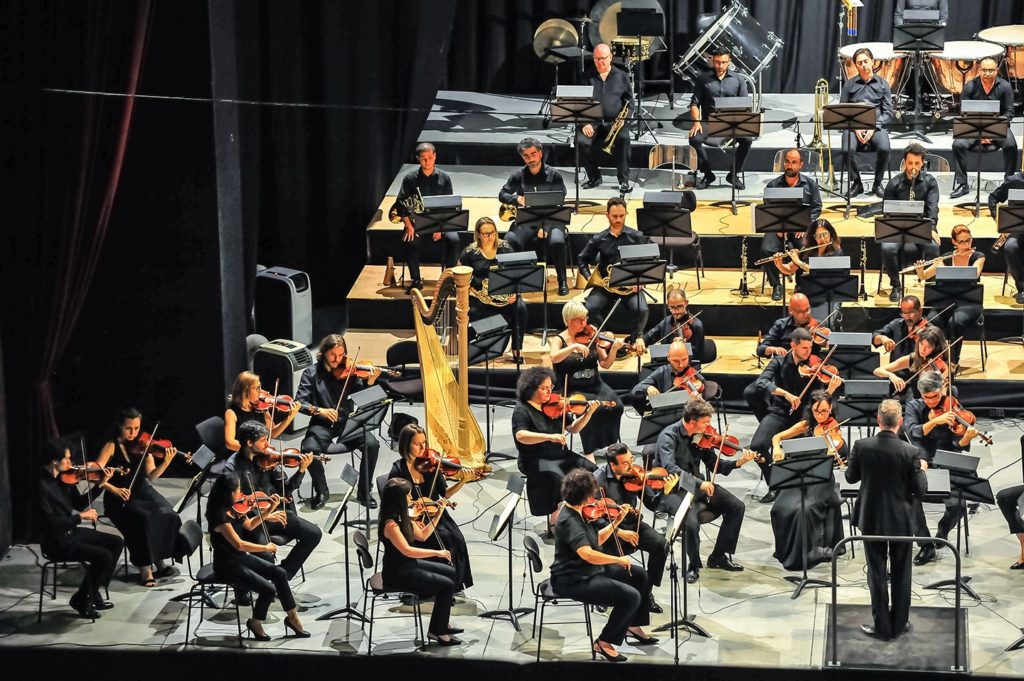 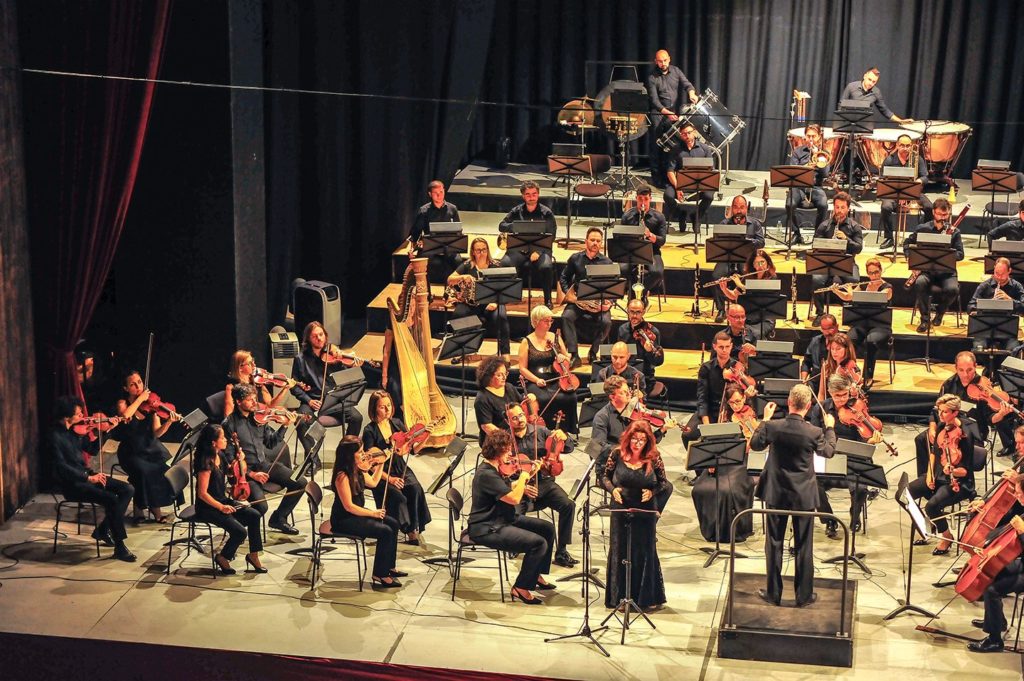 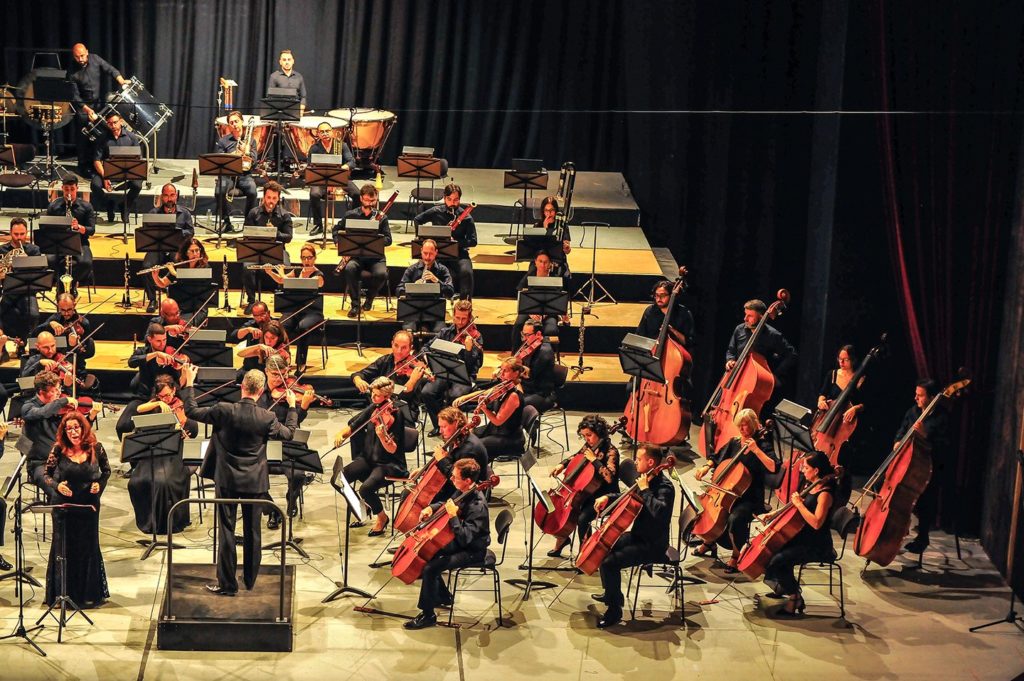 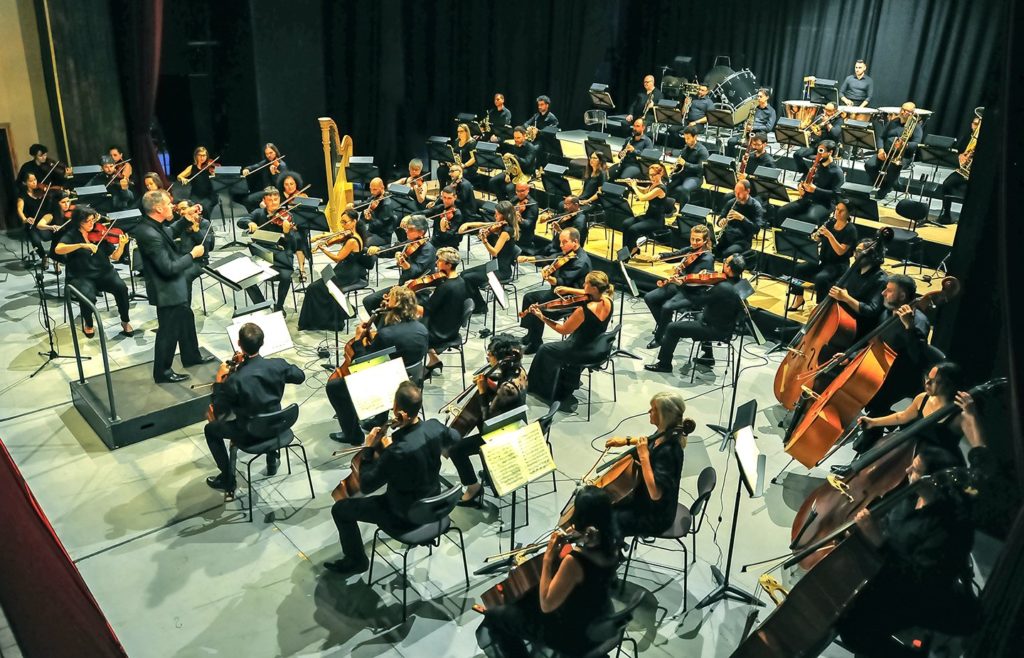