This evening we are hosting Prof. Jennifer Barker and her husband John Anthony Palmer in what promises to be a most interesting and innovative presentation to our islands.

The presentation is entitled ‘Music Videos – for Classical Music! (Who said only pop and country music can have fun?)’. Combining the visual and the aural, this promises to be a most entertaining and didactic evening!

A Scottish-American composer whose music exhibits a Celtic twist, Jennifer Margaret Barker has spent the past eleven years working with British cameraman and editor, John Anthony Palmer, on the creation of music videos for classical music. Hailed as “a seamless blend of visuals and music”, Barker and Palmer will show a selection of these videos as they share and discuss their journey through the creation of each work. Barker and Palmer’s music videos have received numerous accolades from around the world, leading to invitations to speak on their creations from universities, colleges and community organizations in America, Australia, Hong Kong, Singapore, New Zealand, England, and Scotland.

Jennifer Margaret Barker is a native of Scotland, who has received commissions and performances from an extensive list of orchestras, ensembles, choirs and international concert artists on five continents, such as The Detroit Symphony Orchestra, The Saint Louis Symphony Orchestra, The New Jersey Symphony Orchestra, The Scottish Chamber Orchestra String Quartet, Orchestra 2001, Relâche, Network for New Music, Mélomanie, and Vocali3e. Published by Boosey & Hawkes, Theodore Presser, Vanderbeek & Imrie and McKenna-Keddie, Barker has received numerous broadcasts of her compositions on American Public Radio, Hong Kong Radio and the BBC. Her music has been recorded on the CRI, New World Records, Meyer Media and Ting-Ting labels.  Dr Barker is Professor of Music at the University of Delaware, U.S.A.

John Anthony Palmer is an award-winning British cameraman and editor, who has filmed in Scotland, England, Wales, Ireland, Hong Kong, Singapore, Australia, New Zealand and the United States of America since 1981. Palmer specializes in promotional videos for music ensembles, universities and schools, in addition to filming music concerts, theatre and dance productions, cruise-line shows and live stage shows featuring top international recording artists. He has filmed a wide variety of regional and national sporting events as well as television and internet commercials. His work has been broadcast on MTV, and he has also worked internationally for numerous corporations, businesses, conference hosts, and city councils such as the BBC, Oracle, The National Trust of Scotland, and the London and Birmingham City Councils in England.

Please note that this evening’s presentation starts at 7.30pm. See you there! 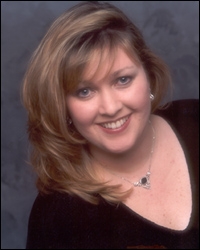 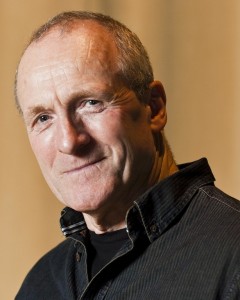