Composer Ruben Zahra needs no introduction to the Maltese islands and he is also making a name for himself beyond our shores. In a most interesting presentation yesterday evening, Ruben spoke about his work, what inspires his compositions and the way he manages to blend the natural world with musical instruments in a way that provides a seamless understanding of the networking between the two.

Ruben illustrated his words with a multi-dimensional and most carefully thought-out power point presentation, which proved most beneficial to the audience in that it brought a visual perspective to a more abstract thought. It was a most informative and intense presentation and the audience were most enthusiastic about it all.

In the second part of the programme for the evening, three young Gozitan debutants, to include pianists Stephanie Curmi and Anna Rapa, and violinist Kathryn Mizzi delighted the audience further with their performances. Stephanie chose two contrasting pieces in Beethoven’s Scherzo and Trio from his Sonata in C Major op. 2 no. 3 and Chopin’s posthumously published Nocturne in C sharp Minor. The former was correctly played with regard to structural cohesion and she showed sensibility of emotion in the Chopin. She chose to end her recital with a popular song by Schmidt, namely, All of Me. Here, she displayed her versatility in tackling an entirely different form, and while the dynamic control could have been better managed, especially her ff playing, Stephanie shows promise and we hope that she furthers her studies at a more advanced level.

Next came another pianist, Anna Rapa, who performed Debussy’s beautiful Prelude La Cathédrale engloutie Chopin’s Etude op. 10 no, 3 in E Major. Debussy’s Prelude was approached intelligently and while, once again, the louder chords could have had a more subtle tone, overall the performance came across as mature. Chopin’s E Major Etude is a much-loved work, with its wonderfully plaintive melody and a middle section that presents a technical challenge to the performer. The slower sections could have been taken at a more slow pace while the more technically difficult middle section was well tackled. Yet another promising student that deserves all the encouragement she can get!

The last performer to play during the evening was violinist Kathryn Mizzi. She is one month short of her thirteenth birthday but her performance belied her age, both in terms of technical prowess and interpretative understanding of her chosen works. She performed the first movement from Beriot’s Concerto no. 9 in A Minor and Kreisler’s difficult Praeludium and Allegro. Except for a couple of intonation difficulties in the upper octaves, Kathryn manifested full control of her performance, both in terms of technique and dynamics. Performing from memory, she flowed through the work breezily without a hitch. This was even more impressive in the Kreisler piece which is replete with double stops, rippling semiquaver patterns and devilish skips throughout. Whether in the opening sedate and sober section or in the frenetic second part, Kathryn is one performer to watch. She is one of the best talents on the island and should be given all the opportunity and encouragement that she merits. She dazzled the audience with her playing: she is nothing short of brilliant!

A long and resounding round of applause greeted our three debutants at the end.

Credit goes to the teachers involved, namely, Ms Maureen Zerafa, Sr Cecilia Vella, and Ms Emese Toth, for the great work they are doing with their students! 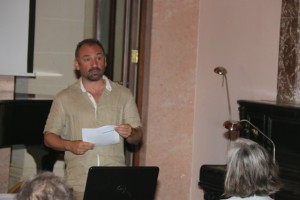 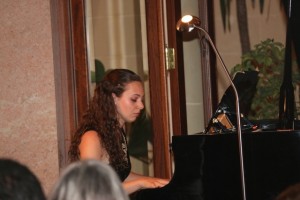 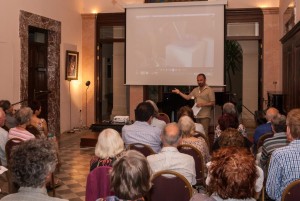 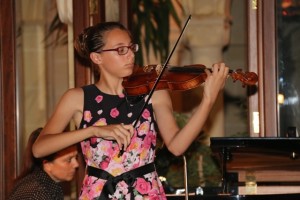 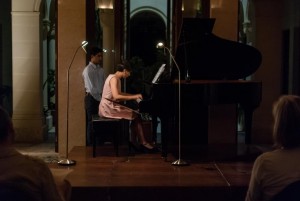 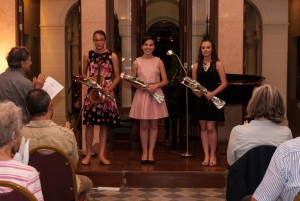