The ethos of the Victoria International Arts Festival is both cultural and educational.  For many years now the organisers have offered a platform for promising up-and-coming musicians to perform in public, thus enabling them to translate hours and sometimes years of study and commitment into a live performance.  This platform is also offered to promising young composers who, in the first part of the evening, speak about their work, giving illustrations through either recordings or a live performance.

Wednesday 20 June saw talented Mauro Farrugia, a fairly well-established composer and a very well-known brass player as well, speaking about his work, which ranges from the more popular works such as band marches, to fully-fledged symphonic works that have also been recorded by foreign orchestras.  Mauro gave an extremely lucid and detailed account of his life and work, acknowledging his influences and preferences in terms of musical style.  He commentary was suitably punctuated by excerpts from his recorded works which further aided the public to enjoy and appreciate his work.

Next followed the much-awaited turn of the three debutants, namely, pianist Jean-Marc Fabri, clarinettist Josefa Muscat, and soprano Christabelle Formosa.  The latter two were accompanied at the piano by Myra Cassar and Amy Rapa respectively.  Jean-Marc is very young and promising, whose teacher is Gisèle Grima, herself a very well-known pianist.  His chosen works were Mendelssohn’s Song Without Words 62 no. 6, Scriabin’s two Preludes op. 11, nos. 1, 17, and Melita, an original work by the young pianist.  Throughout his performance, Jean-Marc displayed confidence and assurance, with clear articulation especially in his own work, and an ability to overcome any technical difficulties that the works threw at him.  It was evident that with more emotional and intellectual maturity, this young promising musician would develop into a most creditable performer.

Josefa Muscat is another very promising musician, taught by one of Malta’s best clarinettists, Godfrey Mifsud.  She chose an ambitious work in Poulenc’s Sonata for Clarinet FP184, a formidable work that easily finds its way in concert recitals of very established clarinettists.  It was impressive to note that Josefa grasped the work both intellectually and emotionally, with a beautiful tone in the lower register and a commendable dynamic range that went from the most subtle pianos to the robust forte moments especially in the outer movements.  This was a very difficult work that the young musician carried off intelligently, always most ably accompanied by another young musician, Myra Cassar, whose support was balanced and helpful throughout.

The last debutant for this year’s Festival was soprano Christabelle Formosa (taught by one of Malta’s best sopranos ever, Miriam Cauchi).  She was solidly accompanied by pianist Amy Rapa.  Christablle started her short recital with Rossini’s demanding work ‘Crucifixus’ from Petite messe solenelle. This piece stretches the soprano’s vocal range from the highest end of the spectrum to the lowest.  Except for very isolated moments of sharpness, this aria was beautifully moulded, sung legato interspersed with some dazzling coloratura that the soprano managed easefully.  Vivaldi’s Un certo non so che allowed the soprano to plumb the emotional depths that this work is imbued with, while Strauss’ gorgeous Zueignung demonstrated the intelligence of the singer in that no one strophe out of three was sung in the same way.  Throughout, Christabelle engaged the audience with her performance.  She possesses a very beautiful voice, full and rounded, one that shows promise of further development.

A most enjoyable evening that further enhanced the profile of the Festival as one that is all inclusive and diverse. 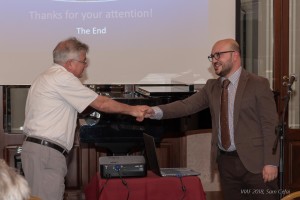 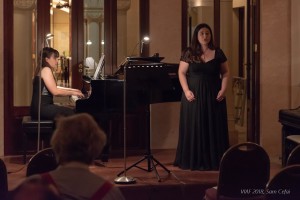 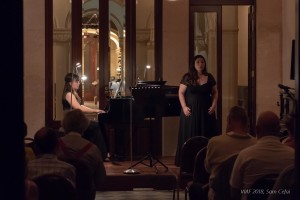 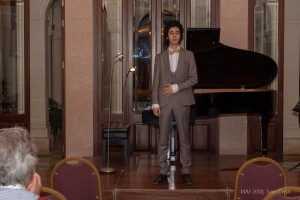 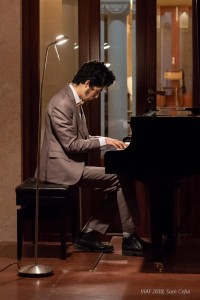 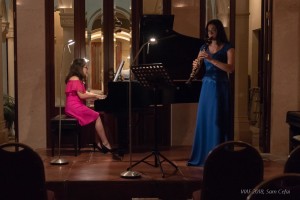 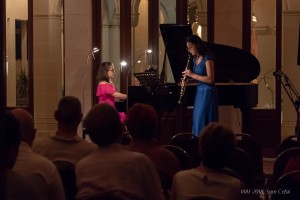 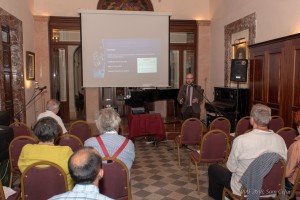 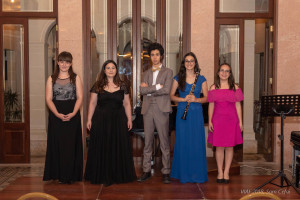