Yesterday evening we had the first of four pianoforte recitals that are included in this year’s 19th edition of the Victoria International Arts Festival. South Korean pianist Young Choon-Park mesmerized a packed house with her technique, intelligent reading of Mozart and Beethoven, and interpretation. This was one performance that had all the hallmarks of classic poise and temperament, understated intensity, and dazzling virtuosity.

It is always such a great pleasure listening to canonical works. They form the root and foundation that supports anything that comes after it: a grounding and reassuring force that also in turn validates the peripheral – and this does not only work in Music but in all Art Forms. Young Choon-Park is a champion of the canon and an expert in the Classical repertoire. In fact, she is currently recording the complete Mozart Piano Concertos for Duchesne World Records.

The recital started with one of Beethoven’s earlier Sonatas, namely, the Sonata no. 1 in F Minor op. 2. This is a work that shows the unmistakable influence of the more mature Mozart, and such instances do show how the continuing thread from one great genius to another not only does not weaken either of them but gives them an added strength by virtue of the same intertextuality that informs both their works. It is the classic example of the old nourishing the new, and the new, in turn, regenerating the old.

The liquid suppleness, velvety touch, and poetic tone of the performer was in evidence from the very first notes of this sonata. The first movement, Allegro, began with a bouncy theme that hints at seriousness but remains rather bright and energetic without developing into either a robust or a rumbustious one. Two more themes appear, the former a bit more serious and darker. The development section turned more intense, focusing on the drive and darker aspects of the thematic material.  Ultimately, this Allegro was solidly constructed, and sparkled with dynamic and tonal colour, always maintaining classic balance and control.

The ensuing Adagio derives its main theme from the slow movement of the composer’s own Piano Quartet no. 3 WoO. 36. The melody was delivered serenely  in its pristine Classicism, and while it came across as rather simple and direct, it was also effective in capturing a mood of ecstasy and bliss. The Menuetto third movement, marked Allegretto, is robust and not intended to sound danceable. It displayed the necessary range of colour and featured an attractive Trio, after which the main material reappeared in more assertive tones. The finale, marked Prestissimo, may be the most characteristic of the composer in this work. This began with a manic rush of energy, the theme seemingly in frantic pursuit of something elusive. The alternate subject was playful and comparatively dainty, featuring upper register sonorities that could hardly offer greater contrast.

Mozart’s Sonata no. 9 in D Major KV311 came next. Mozart can very often come across as simple and easy to perform, but the more one thinks so the more one is led astray. The Mozart legato, long drawn-out phrases, and playful mood that can so easily degenerate into vulgarity are among the most difficult qualities a performer can tackle. The Allegro opens with a theme that is orchestral in conception, with a flourish in the right hand over chords in the left. After a modulation to the dominant, A major, there is a secondary theme that sounds much more like a keyboard solo with its Alberti bass figures and scalar melody. Young Choon-Park slowly increased the rhythmic intensity of the development section until a sudden stop near the middle, where piano and forte dynamics alternated unpredictably. This gave the texture of the piece such a unique touch quite uncommon yet so absolutely charming.

Mozart sets the G major Andante in what is often referred to as ‘rondo-slow-movement form,’ a variant of slow-movement sonata form (sonata form without a development section) in which the contrasting material (section B) is recapitulated on the tonic and followed by a return of section A. Sudden and wide dynamic contrasts are also a part of the Andante, which features an elegant opening theme fit for a vocal composition. The pianist tackled this intellectually very difficult  movement with maturity and a quiet assurance, giving just the right dose of emotional colour that enabled the work to breathe without suffocating the clarity of the lines. The closing Rondo came across filled with youthful energy and surprises. The first return of the Rondo theme featured a transposition of its second half to G major, which then introduced the second episode. The close of this episode was a cadenza passage with three different tempos that leads, concerto-like, into the return of the Rondo theme and the close of the movement. Overall, this work was performed with the confidence that comes with experience and intelligence.

Last on the programme was Beethoven’s monumental Sonata no. 23 in F Minor op. 57, better known as Appassionata. This is one work that tests the mettle of any seasoned performer, and Young Choon-Park rose to great heights to assert her position as a noted interpreter of Beethoven. From the writing of his Heiligenstadt Testament in 1802, in which he expressed despair at his encroaching deafness, up to the composition of the Appassionata in 1804-1805, Beethoven produced some of his most pivotal works, music that foreshadowed and heralded the arrival of what is commonly identified as the ‘second’ period of his creativity. Beethoven, it seems, turned inward and began to produce music only he could fully understand. If he had resigned himself to the futility of his cosmic anger, he also determined to thrust his immense genius in the face of God and Man alike, accepting no limitations upon the magnitude or trajectory of his creativity. It is the Beethoven of these works who unleashes the Appassionata Sonata in 1805.

Opening with a dark, enigmatic theme, played ominously and extremely softly by Young Choon-Park – one of the most striking and exciting curtain-raisers in any of Beethoven’s Sonatas – the work abruptly exploded with what some have called shrieks of rage. Interpreting the very initial bars in this manner the pianist made immediate, fearsome demands on herself, a responsibility that could either make or break a performance. It called both for percussive handfuls of chords and accompanying figuration demanding the utmost delicacy. The movement was driven forward with a demonic intensity and a daring harmonic sense; the opening phrase, for instance, is repeated a half-step higher in the second phrase, momentarily shrouding the tonal centre in a strange, unsettling ambiguity. Prefiguring the dot-dot-dot-dash motive of the Fifth Symphony among its rhythmic materials, the Appassionata unfolded with a volatile, start-and-stop rhythmic scheme that lent it a particular sense of conflict and urgency. In one of the classic examples of Beethoven’s organic motivic sense, the second theme of the first movement makes clear reference to the first; while the genesis of its rhythm and contour is obvious, Beethoven here transforms it into a lyrical and yearning if brief moment of respite.

The second movement, a relaxed Andante, is a set of variations on a simple, chorale-like theme that retains a shade of the dotted rhythms of the first movement. It was played so beautifully, enveloping the listener in an embrace of love.  Here, the audience could sense a profoundly kind and gentle soul, deeply wounded and yet daring to give itself to fervent abandonment, speaking from these tones, a pure and rich human heart.  No-one else could pass from one extreme to the other without losing his bearings, but Beethoven is never lost; his elemental power saves him alike from sentimentality and from excess. In a few measures, the music illumined the depths of the composer’s soul as if with apocalyptic lightning.  This occurred when the variations gradually increased in activity; a sudden reprise of the more sedate original theme and led without pause to a savage, impassioned finale.  Here, Beethoven makes formidable demands upon both instrument (especially the pianos of his own day) and player; the Presto finale was delivered by the pianist as nothing so much as a pounding blur of fury.  The sonata’s Appassionata subtitle is not Beethoven’s own; it was first applied by a Hamburg publisher in 1838.

As evidenced in the choice of the two Beethoven Sonatas, the audience could feel the tremendous power and sharp edge of the composer’s music, the fervour and warmth of his heart and, above all, its humanity. Young Choon-Park transmitted all that.

A spontaneous standing ovation greeted the final chords of the monumental work, and the pianist regaled a fired-up audience with one of Chopin’s Nocturnes. 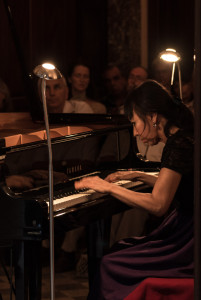 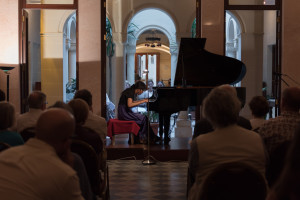 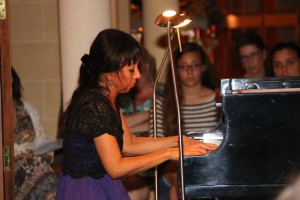 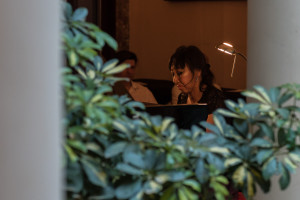 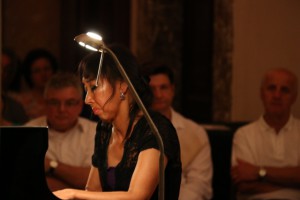 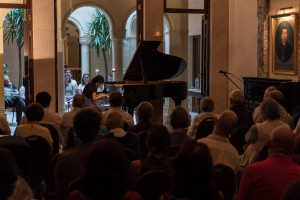 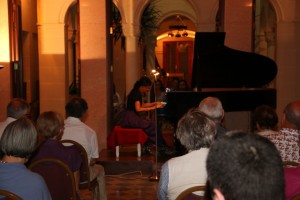 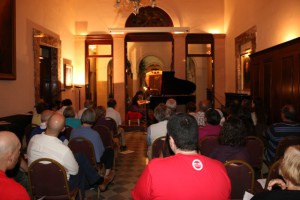 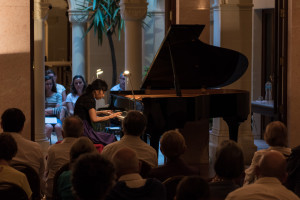