If used well all instruments, the human voice included are indeed beautiful. They come in various shapes, sizes and “families”. An omnivorous and very catholic music-lover would find joy and satisfaction in every kind of good music. This was the case with Trio del Rumore, members of our Malta Philharmonic Orchestra who actually sponsored this event.

The lovely and welcoming church of St. Augustine had already hosted VIAF events.

During this last full week of the current edition, Trio del Rumore’s performance was the first of two concerts to be held there.

Trio del Rumore are a well-knit chamber music ensemble. One knows that while enjoy playing together in a full orchestra, various musicians also seek to play in smaller ensembles for the sheer joy of playing in intimate locations. This requires its own discipline, balance as well as texture.

Generally speaking, the choice of works, which spanned an hour or so was one of music- making of a bright and merry nature. The title of the first work was reflected in Jean Francaix’s Divertissement.  It does have four contrasting movements; standing out most for its relative sobriety was the third one, Élégie in which the one’s role was highly significant. The Prélude was a harbinger of fun. Initially assigned to the oboe the theme was later shared by the other instruments with all three enjoying a perky chat. The Allegretto assai and concluding Scherzo crowned an exercise in music committed to entertain.

So it continued with Henri Tomasi’s Concert champêtre. This was another pleasantly projected work. Its different movements have names (all except one, Nocturne), reeking of der idioms. The arresting fanfare in the Ouverture was vigorous, the atmosphere happy and Tomasi’s own musical language was what made the Minuet and Bourrée sound different. The Nocturne warmly introduced by the clarinet was soothing and contrasted well not only with the previous movement but the concluding and very evocative Tambourin.

Hearing Charles Camilleri’s Dances was yours truly’s first-time experience. It is a very evocative and possibly autobiographic set of six brief pieces harking back to childhood schooldays. Some like Circle Dance and Playtime sounded energetic and sprightly. Of course, Lullaby had to be comforting in order to lull a child to sleep. At its base is reworking of a theme Camilleri used more than once in other works. Teasing Song was exactly that: vibrant and mischievous. So, were Hide and Seek and the concluding End of School with quite a few cheeky dissonances thrown in.

Cecilia McDowall (b.1951) was the only living composer featured in this concert. Here was another work with the composer’s distinct voice but inspired by dance forms of the past. It is a colourful quilt in which each dance represents a past century.  Allemande (German), Menuet (Ghost Dance); Mazurka (Paolish Dance); Tango (Argentina) and Last Dance…now and the future. All covering from the 17th to 21st century. As expected, it was an enjoyable trip through a time machine with many hues and rhythmic vitality and variety.

Perhaps a bit lesser known than Poulenc, Mihaud and Honegger fellow members of “Les Six”) Georges Auric deserves more attention. His three movement Trio illustrates this. The opening Décidé is decisive and straight-forward followed by a tender Romance. The romping Finale ended this polished performance with both some élan and small dose of mischief. 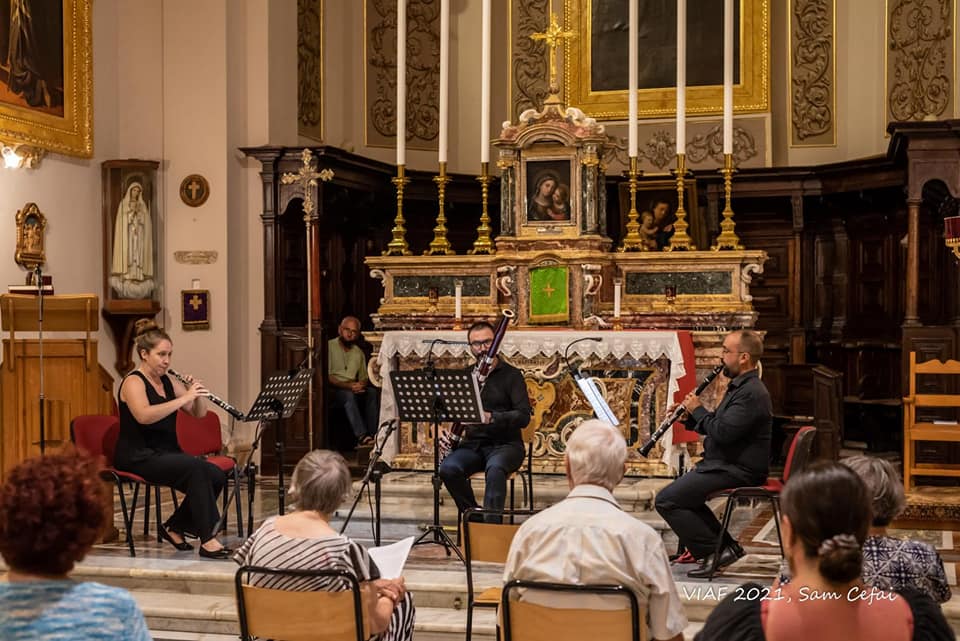 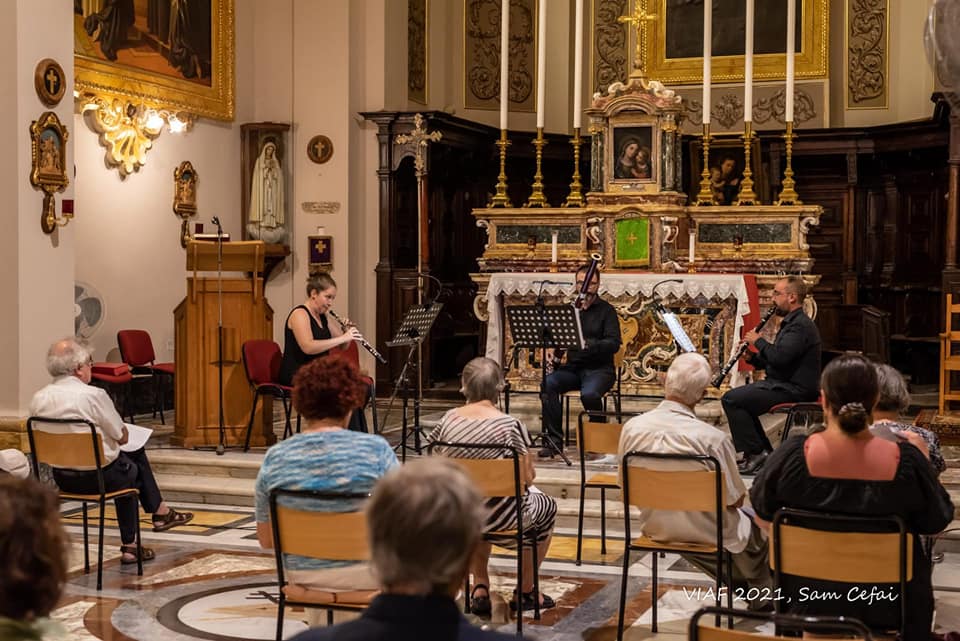 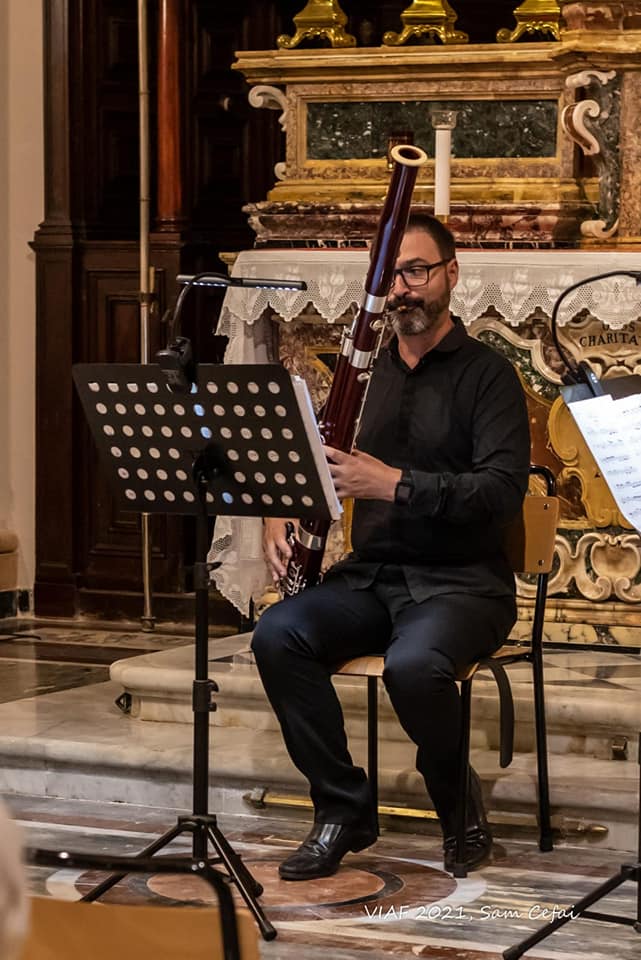 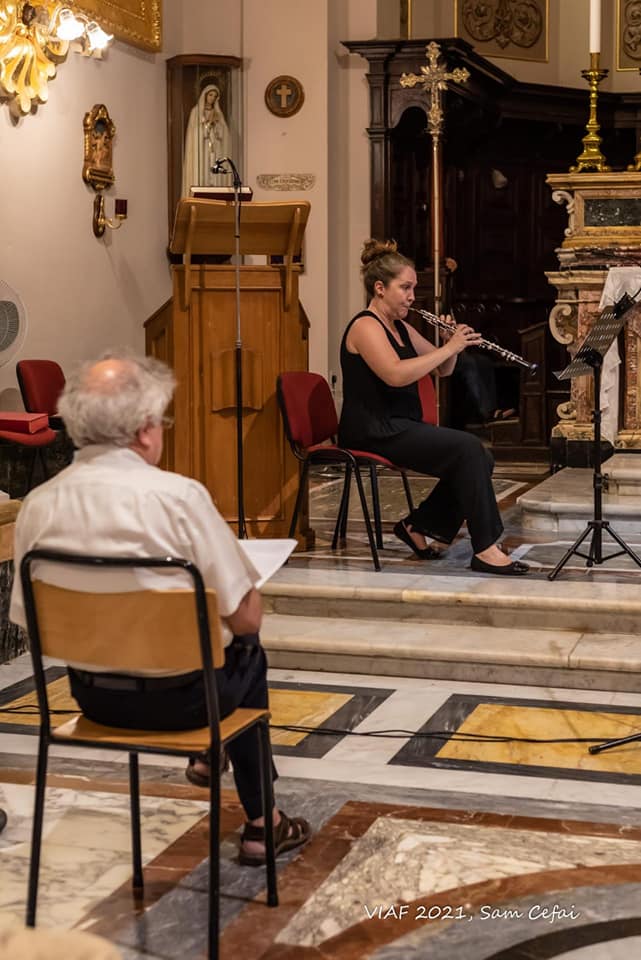 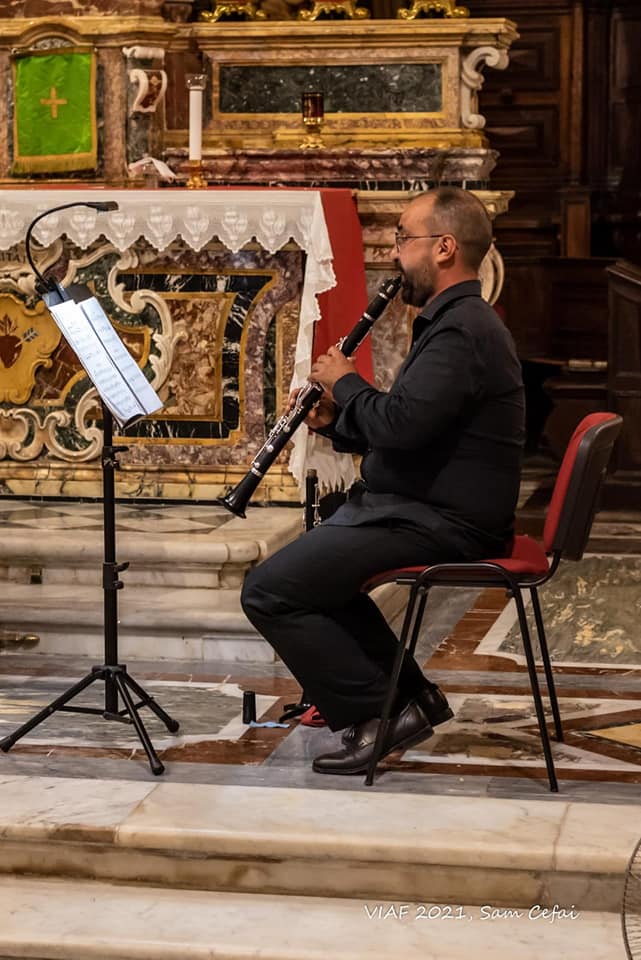