It is with regret that the organizers of the Victoria International Arts Festival announce that, due to difficult circumstances, clarinettist Geoffrey Haydock and his pianist wife Penelope Smith, both of whom are strong benefactors of our Festival could not travel to Gozo for their concert. We wish them all the very best and hope to have them with us sooner rather than later.

In view of situations that are well beyond the control of anyone, the organizers were swift to think up of a solution to remedy this unfortunate difficulty. Alexander Volpov, the cellist who was due to perform with Geoffrey and Penny, will be joined by Maltese pianist Elizabeth Leonardi who accepted at the eleventh hour to stand in and save the day. Elizabeth happens to be in Gozo conducting piano master classes to our young students and she was more than happy to help out! Many thanks, Elizabeth!

The Duo will perform a concert of works from the canonical Classical and Romantic repertoire, to include pieces by Mozart, Beethoven, Brahms, Schumann, Tchaikovsky, and Saint-Saens.

The concert will be held tomorrow, Tuesday 7 July, at the Aula Mgr G. Farrugia and starts at 8pm.

Alexander Volpov began playing the violoncello at the age of 6. As a gifted child he studied at the Sverdkovsk School before becoming a student at the renowned Rachmaninov Conservatoire, Paris.  After graduating from the Rachmininov Conservatoire (where he later became Professor of Violoncello) he became a member for 15 years of the renowned Rostov String Quartet. Now Principal Cello of Northern Theatre Ballet Orchestra he has played as guest Principal Cello and soloist with many orchestras and since coming to the U.K. His masterly technique and musicality has gained him the admiration of the violoncello fraternity as both a soloist and chamber music performer.

Elizabeth Leonardi started her pianoforte lessons at the tender age of four. She has diplomas from the London College of Music, the Royal College of Music, and the Trinity College of Music, London. In 1999 Elizabeth passed her entrance examinations with flying colours, enabling her to start her advanced music studies at the legendary Tchaikovsky State Conservatory, Moscow, and at the Sofia State Academy. Choosing Moscow made it possible for Elizabeth to study with the famous S Glavatskih, Richter, and Chukovskaya. She pursued a postgraduate course at the equally famous Gnessin State Academy, from where she recently graduated with a Masters in both performance and teaching. During her stay in Russia, Elizabeth performed extensively, taking part in concerts held both in Sveni Gorod and Moscow. She also gave concerts at the monthly engagements held at the House of Literature and represented Malta at the Russo-Maltese relations concerts in the presence of diplomats. Having only recently returned to Malta, Elizabeth is very busy performing and teaching. Using Russian methods, she has started her own school situated in Paola teaching Pianoforte. 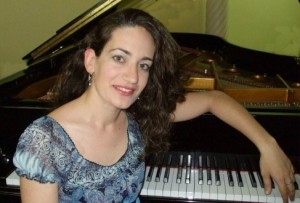