VIAF 2019 will kick off on 12 June with a magnificent programme comprising Carl Orff’s Carmina Burana and Mendelssohn’s Die erste Walpurgisnacht.

VIAF’s late Artistic Director, Mro Joseph Vella, was the person who first introduced Carmina Burana to a Maltese public.  The Laudate Pueri Choir performed it with him on three separate occasions.  This will be the first time it will be performed in Gozo.  Mendelssohn’s Walpurgisnacht will also be a first for Malta. 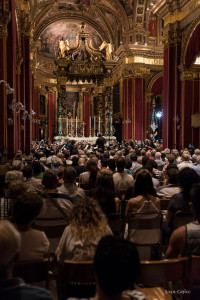