The life of a performing musician is a hard one. Long sessions of studying, preparation, rehearsing and travelling from place to place. Fame comes at a price, achieved only by those who have talent and grit. The Minguet String Quartet have won prizes, earned rave reviews and delighted audiences all over the world, the latest one coming from the Lincoln Centre music critic just one month ago. They added tiny Gozo to their performing with experience earning in return the great warmth of an appreciative audience and frankly, their performance at the church of St. Augustine. It could be described as one of the highlights of the 22nd edition of VIAFestival.

The quartet is formed of Ulrich Isfort and Annette Reisinger (violins) and with fellow German Mathias Diener (cello) with Romanian-born Aora Sorin (viola). They flew in only a few hours earlier and sounded as fresh as one could wish when they launched into Haydn’s very last full string quartet, the one in F Major op. 77 n.2. Their assertive performance was rendered with fitting homage to the very “Father of the string quartet” himself. The necessary clarity, balance, texture and tone were fully maintained. Each performer’s contribution blended well in the splendidly woven musical tapestry which is this work from start to finish

Two centuries ago this year Clara Wieck was born. A great woman, fine concert pianist, devoted wife and muse to Robert Schumann, mother of eight and also muse to Brahms, VIAF wanted to pay tribute to Clara as composer. For that she was too, and this tribute came in a little gem of hers arranged for the Minguet Quartet by Annette Reisinger. It is based on the song “Die Gute Nacht die ich dir sage” (..the good night I bid you..) lyrics by Friedrich Rückert. Therefore not a large-scale work but a highly compact one. Romantic and gentle, peaceful and serene these elements were amply projected in this reverie which seemed to come to an end almost too soon.

Robert Schumann’s String Quartet in A Major op. 41 n.3 concluded this very exciting performance. This was a product of Schumann’s very prolific “Kammermusikjahr” (1842). Last in a set of three, he never touched the genre again. This work is recognised as structurally the most traditional of the set. It touches upon a myriad moods with lively interaction of ideas creating colourful contrasts. The music flowed all along with a deft touch that built up to a lively energetic conclusion. 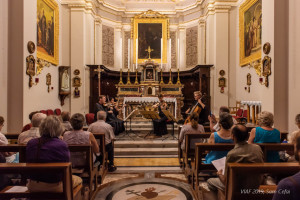 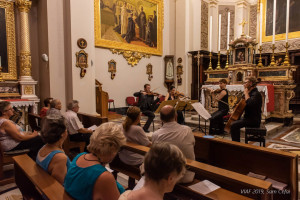 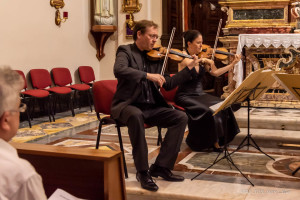 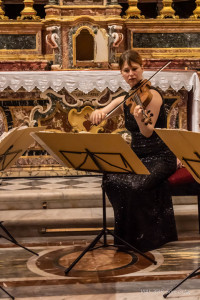 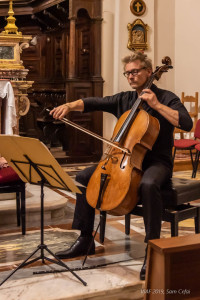 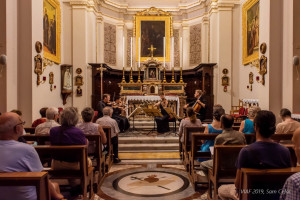