The third concert in the Baroque Series saw a superb group from Palermo, Arianna Art Ensemble performing works by Caldara, Vivaldi, and Galuppi.  In its time, Palermo was the leading city in the realm of Baroque music and Arianna Art Ensemble maintained that glorious tradition with panache and conviction.  Playing on period instruments, together with lute and bassoon, the ensemble manifested a very high standard of performance throughout the recital.

The concert started with Caldara’s Sinfoniafrom the Oratorio Maddalena ai piedi di Cristo.  Imported to Venice almost seventy years after its birth, from 1690 this Oratorio enjoyed a powerful revival in the City of the Doges thanks to Caldara.  His forty-odd contributions to the genre asserted themselves as key works at the turn of the eighteenth century, among which Maddalena ai piedi di Cristo (Magdalena at the Feet of Christ)was to become a kind of standard-bearer.  Within the framework of a fixed pattern – recitative/aria – the composer achieves an astounding dramatic intensity which calls to mind Pergolesi or the Vivaldi of the Stabat Mater.

This oratorio proves to be so wonderfully rich in fresh and attractive invention.  Although practically devoid of external action, it is dramatically tense, concentrating on a continuous struggle between the forces of good and evil counselling the sinner Magdalen, who in addition is urged towards penitence by her sister Martha: the roles of Christ (unusually written for a tenor) and a Pharisee are considerably smaller, although the latter has one very fine dark-hued aria, “Questi sono arcani ignoti”.  The section performed during evening’s concert was the beautiful Sinfonia.  It opened in immediately arresting fashion, with agitated playing on the strings and continuo.  It fully captured the mood of piety, suffering and hope that the whole work is imbued with.  Ensemble playing was at its finest, fully integrated and well balanced.

Next on the programme came Vivaldi’s Concerto in A Minor for Bassoon RV498. Alessandro Nasello, who also doubled on the flute for some of the evening’s works, displayed his authority and command in every single phrase.  The opening was an extremely effective ritornello, leading to a first bassoon episode with wide leaps and a structure based on sequences.  The F major central Larghetto had a lyrical bassoon aria, again with an almost antiphonal use of upper and lower registers of the solo instrument. The minor key duly returned for the last movement, the solo bassoon entry marked by sequential writing.  Throughout the Concerto, balance was maintained and the tonal and dynamic textures were in perfect agreement.

Baldassare Galuppi’s Concert a 4 no. 2 in G Minor came next.  Once again, one could not help but be profoundly appreciative of the glorious blending of diverse instruments, with the continuo (beautifully played by Cinzia Guarino) offering unwavering support but at times coming into its own as soloist as well.  In fact, throughout the entire concert, the harpsichord was a constant point of reference, always in quiet authority, stable and reliable.

Galuppi’s wonderful Concerto is testimony to the versatility and inventiveness of this Venetia composer.  The first movement, marked Grave, opened in a calm mood with long phrases, hemiolas and voice-leading on all the instruments.  Even the continuo participated in the melodic development.  There were plenty of wonderfully-crafted points of imitation.  The texture was lush and rich, passionate and intense without being overdone.  Ending on the dominant, the following Spiritoso followed in a contrasting, sprightly fashion, built on a series and fugato sections that wove an almost impossibly perfect network of wonderful strands.  There was the typically Baroque echo effect exchanged between phrases which created the characteristic chiaro/scuro effect so prevalent of the style and period, an effect immortalised by Caravaggio.  The final Allegro commenced on a lilting tone in 6/8 measure which bounced along in a dance-like fashion.  Staid and composed it was reminiscent of the dance forms in a Baroque Suite. Throughout there was equitable balance between the instruments, with voice-leading shared almost equally among the various components of the ensemble.  Once again the echo effect was intelligently made use of for contrast in both tone and texture.

A lovely, haunting work for lute was introduced ‘fuori programma’, one which received a very warm reception from the audience.  The mastery demonstrated by Paolo Rigano on the lute was astonishing, to say the least.

Three works by Vivaldi followed.  The first was Trio Sonata in D Minor RV 63 (La Follia).  More than a Sonata as we understand it, this work is a theme and variations sort of structure.  It is a brilliant virtuoso piece both for the performers who are called upon to demonstrate their technique in a relentlessly difficult figuration (which they did admirably) and for the composer who is called upon to demonstrate his ability to write music that exceeds even Corelli in inexorable tension and unending intensity.  The execution of this work was a veritable tour de force.

Sinfonia in C Major RV 112 followed immediately.  Starting on a resolute and powerful melody, in typical Vivaldi fashion it then opened up in a wonderful bloom of intricate counterpoint and ever-fresh harmonic sequences.  The way this work was performed by Arianna Art Ensemble reminded the audience of the formidable Vivaldi of his concertos.  There was authority and artistic power in the phrasing, attesting to the composer’s craftsmanship tempered by sheer inspiration.  The performance was throughout extremely vibrant and interesting, with passages of ‘tutti’ playing alternating with more soloistic ones.  Although the work is in one movement, it falls distinctly into three section.  The second section contrasted with the more boisterous and fast outer movements.  It came across as noble, majestic and staid in temperament and composure and served as a sort of instrumental recitative that offered a welcome respite from the first fast movement to the third and final equally fiery section. Some florid playing could also be heard on the lute. The last movement is built on frenetic melodies that were transferred from one instrument to the other, and the prevalent rhythmic variety was sustained throughout.

The final item on this wonderful programme was Concerto for Recorder RV104 ‘La Notte’.  Following an almost programmatic story, the mood and narrative of the work was beautifully depicted in the performance.  The first movement progressed from a Largo introduction to a Presto called Fantasmi’ (‘Phantasms’).  The Largo crept along in short, dotted phrases separated by substantial rests.  After several hesitant utterances, the flute fell into long, vertiginous trills and then leapt into the Presto section, which was suitably replete with creepy, abrupt arpeggios jumping out of nowhere.  The music returned to the mood and tempo of the beginning and was interrupted by the brief second movement, another Presto. This frenzied, shivering interlude gave way to the third movement, another Largo, this one marked ‘Il sonno’ (‘The Dream’).  Neither pleasant nor nightmarish, this dream was delivered in a slightly disturbing manner, again conforming to the overarching mood and tone of the piece, the strings, throughout expertly played by Victoria Melik (leader), Valeria Caponnetto, Raffaele Nicoletti (Violin) and Andrea Rigano on the violoncello, provided one long moan while the flute wandered through uncertain harmonies, employing a melody also found in Vivaldi’s ‘Autumn’ concerto.  The concluding Allegro was every bit as jittery as the second Presto, with the bassoon assuming new prominence, sometimes providing limited counterpoint to the flute’s frantic part, sometimes doubling it.

A prolonged, resounding applause greeted the final chord of this work.  A memorable evening, indeed. 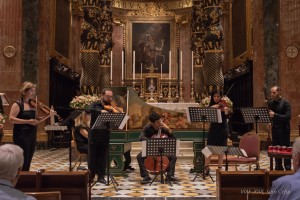 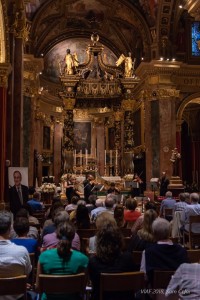 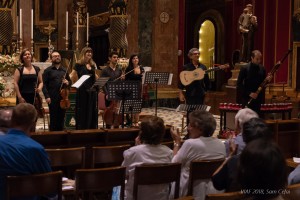 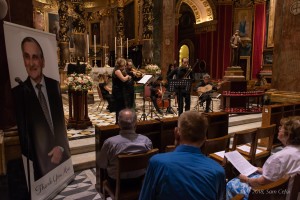 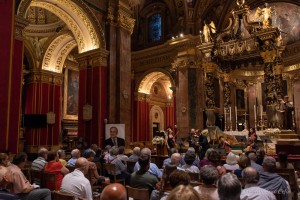 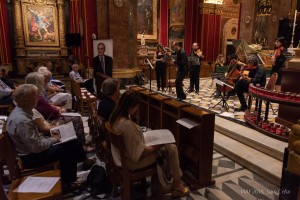 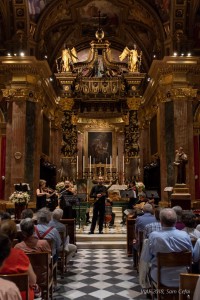 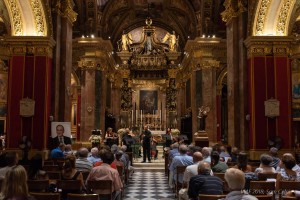