We are proud to let our esteemed patrons and supporters know that the soloists for our Inaugural Concert are Britt Arend, Pierre Louis Attard, and Miriam Cauchi. They will be interpreting works by Claude Debussy and Joseph Vella.

Britt will be interpreting Debussy’s Danse sacrée et danse profane L. 103, while Pierre Louis will be giving one of two world premieres for the evening, namely, Joseph Vella’s Ode to a Resurrected Violin op. 137. The other world premiere promises to be a most exciting one, in that Malta’s leading soprano Miriam Cauchi will be singing Vella’s new Song Cycle entitled Dust on the Path op. 138, set to the wonderful poems of Alistair Chalmers.

Britt Arend was born in Belgium, and after successfully completing her undergraduate programmes in harp and musicology, she furthered her academic and musical studies with Susanna Mildonian, obtaining outstanding results in her Masters Degree at the Royal Conservatoire of Music, Brussels. She followed further postgraduate studies abroad, namely, at the Höchschule Hanns Eisler, Berlin, at the Accademia del Teatro alla Scala, Milan, and also at the Accademia di Santa Cecilia, Rome, from where she obtained full honours in her Diploma di Perfezionamento. Britt has taken part in master classes and has followed summer courses with a few of the most world-renowned harp players. These include Susanna Mildonian at the Accademia Chigiana, Siena, Isabelle Moretti at the Festival di Gargilesse, Marie-Claire Jamet at the Festival des Arcs, Maria Graf at the Mozarteum, Salzburg, and Susann MacDonald and Germaine Lorenzini, amongst others.  She has performed with highly professional orchestras such as Opera Royal de Wallonie, Orchestre Philharmonique de Liège (Belgium), RTÉ Concert Orchestra (Ireland), Radio-Sinfonie-Orchester Frankfurt, Dresdner Sinfoniker, Filharmonisch Orchester Kiel (Germany), Teatro dell’Opera di Roma, Teatro Lirico di Cagliari, and Accademia San Giorgio di Venezia (Italy).  Britt is also an avid chamber music player. She has been Principal Harpist with the Malta Philharmonic Orchestra since 2008.

Pierre Louis Attard was born in 1994 into a highly musical Gozitan family.  He started violin studies at the age of four with Marcelline Agius, obtaining the Dip. ABRSM. He also took up the viola and the pianoforte. As an Ian Tomlin scholar, he is reading for a Bachelors degree at Edinburgh Napier University, majoring in violin under the tuition of Lise Aferiat. Very active in the University’s concert life, he is the leader of the Edinburgh Napier Chamber Orchestra. He has also attended master classes, including ones with top Russian violinist Yuri Zhislin (2013) and world-renowned conductor Gustavo Dudamel (2012.) As a soloist, Pierre Louis made his foreign debut in 2010 in Florence (Italy), where he returned in 2014 on the invitation of the Centro Arte Vito Frazzi (Scandicci) and where he is due to give another recital in the coming season. In 2012 he debuted with the Malta Philharmonic Orchestra, re-appearing in 2013 in a concert released on CD by Italy’s Verso l’Arte Edizioni. Pierre Louis was the leader of the Malta Youth Orchestra and is often invited to join the Malta Philharmonic Orchestra. He performed with the Upper Austria String Orchestra and the BISYOC Orchestra, was co-leader of the Universities of Scotland Symphony Orchestra and sub-principal of the second violin section of the National Youth Orchestra of Scotland.  Currently, he forms part of the Edinburgh Charity Orchestra, the Edinburgh Youth Orchestra, and the Scottish Sinfonia.

Miriam Cauchi is one of Malta’s leading sopranos.  Graduating with full honours from the Sofia State Music Academy under the tuition of Prof. Blagovesta Dobreva in 1997, she furthered her studies in Milan with Juliette Bisazza Zanni. She is the recipient of the Gheorghi Slatev Cherkin Competition and the Bulgarian XIV National Competition Svetoslav Obretenov. Blessed with a rich, clear and sensuous voice enables her to tackle the best of Italian bel canto opera, but she is equally at home in Oratorio, Lieder and more contemporary works. Miriam has performed in all the major theatres and venues in Malta and Gozo and she is no newcomer to the Victoria International Arts Festival.  Abroad she has appeared in Germany, Slovenia, Bulgaria, the Czech Republic, and New York, where she debuted at the Alice Tully Hall (Lincoln Centre) in 2001.  She has also performed alongside such legends as Maria Guleghina, Francesca Patanè, and Joseph Calleja. She has many recordings to her credit and has sung to great critical acclaim major opera roles such as Nedda (Pagliacci), the title role in Suor Angelica, Liù (Turandot), Gilda (Rigoletto), Violetta (La Traviata), Desdemona (Otello), and others. Future engagements include Mimí (La bohème) at Teatru Astra this October. A few days ago she released her CD, Riflessi, consisting of original Maltese Art Songs mostly composed specifically for her voice.  In December 2009, Miriam Cauchi was appointed to the National Order of Merit by the President of Malta. www.miriamcauchi.com 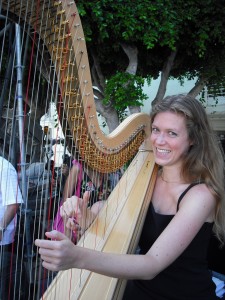 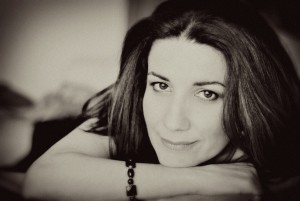 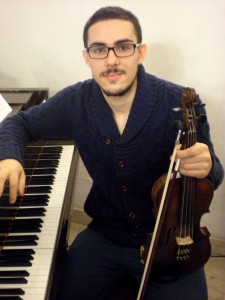