One of the highlights of the Victoria International Arts Festival is the concert given by cellist Daniel Veis and pianist Helena Veisová. This will take place tomorrow, Friday 3 July, at the Aula Mgr G. Farrugia and starts at 8pm.

A performer of the stature of Daniel Veis is an added bonus to our project. It not only enhances our profile as a leading Festival on our islands but also confirms the validity of our endeavour when someone of the calibre of Prof. Veis and his wife Helena express a sincere willingness to participate again, year after year. As a formidable duo, Daniel and Helena will be performing for the tenth consecutive time in our Festival.

Given that this year marks the 330th anniversary from J.S. Bach’s birth, Prof. Veis is dedicating an entire programme to a selection of a few of the more important Bach works for cello, to include a solo Suite. For lovers of Bach and of the cello, this is surely a unique opportunity that one can only be sensible not to miss!

Daniel Veis has been widely recognized as the finest Czech cellist since winning the Silver Medal at the prestigious 1978 Tchaikovsky International Competition, Moscow, and the First Prize at the 1976 Prague Spring International Competition. He started his musical studies in his native Prague, after which he proceeded to the Moscow Conservatoire furthering his studies with the famous Natalia Shakhovskaya, graduating with full honours. Since 1979 he has performed regularly as a brilliant soloist with many major orchestras in such respected venues, namely, the Avery Fisher Hall, New York, the Royal Albert Hall, London, Orchard Hall, Tokyo, Auditorí de Barcelona, Auditorio National de Madrid, and numerous others.  He has worked with world-famous conductors and cellists, namely, Sir Charles Mackerras, S. Baudo, V. Neumann, Y.P. Tortelier, G. Delogu, J. Bělohlávek, O. Danon, and the legendary J.P. Saraste.  Prof. Veis has also recorded works by Dvořák, Brahms, Schumann, Mendelssohn, Martinů, Saint-Saëns, Sommer, Tchaikovsky, Kabeláč, Hanuš, and Shostakovich for various labels.  His repertoire is both vast and substantial, and includes a lot of contemporary compositions.  In 1989 he became guest-soloist of the Czech Philharmonic Orchestra. In addition to his impressive solo career he is also a member of the Rosamunde Trio, a chamber ensemble of international repute, together with British pianist M. Tirimo and American-Israeli violinist B. Sayevich. He is also Professor of Violoncello and Vice-Dean at the Music Faculty of the Academy of Performing Arts, Prague. He gives master classes and is frequently invited to chair adjudicating panels in international competitions. Daniel Veis has recently been appointed Professor of Violoncello at Park University, Kansas City.  He plays a G.B. Guadagnini violoncello, Milano, 1754.

Helena Veisová started her pianoforte studies at six years of age, and at twelve she performed with her father, the legendary violin virtuoso Václav Snitil. Her professional career had its natural origin in the musical environment of her family. She graduated from the Academy of Performing Arts, Prague, where at the young age of 14 she studied with the famous Jan Panenka. She concluded her frequent and successful competition activities by winning Second Prize in the international radio competition Concertino Praga. She subsequently started her permanent co-operation with her former Trio partner and future husband, Daniel Veis. Helena occasionally plays together with both her husband and son in piano Trio, and she has also appeared with them in a number of concerts in many European countries, including Russia. She has performed on live radio and television broadcasts, and has made numerous recordings for radio and CDs.  According to the prestigious journal The Strad (1995), Helena is a pianist who has an “excellent command, endowed with a supreme musicality and perfect coordination when playing with other musicians.”  She currently teaches in the music faculty at the Academy of Performing Arts and the Music College, Prague. She is also the mother of three children and grandmother of two little girls. Victoria International Arts Festival is so proud to welcome Daniel and Helena back this year to perform for us. This is Helena’s eleventh and Daniel’s tenth consecutive performance in the Victoria International Arts Festival. 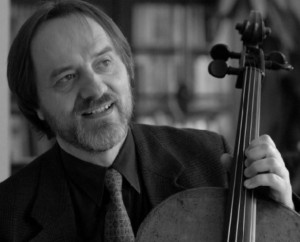 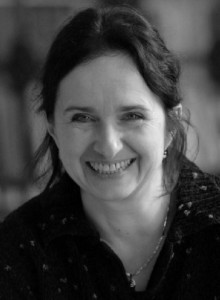