On Friday 22 June at the Exhibition Hall, Ministry for Gozo, VIAF hosted a concert with a difference.  Sicily Ensemble, a group of 6 musicians from nearby Sicily, regaled a most enthusiastic audience with a concert of works by Astor Piazzolla, rightly regarded as the father of Argentinian tango.

The ensemble is composed of violinist, guitar, piano accordion, double bass, and two pianists.  Their’s is a well-wrought coordination and balance and it was immediately evident that they are well familiar with both the content and style of Astor Piazzolla.  The concert started with what is arguably Piazzolla’s greatest work, namely, Las cuatro estaciones porteñas, which is inspired by Vivaldi’s concerti grossi The Four Seasons. Piazzolla’s rendition of Vivaldi’s work is unique and profoundly inspired.  In its final shape, it takes a tango-inspired work and combines it with elements easily recognisable from Vivaldi’s model. Not only does it share with Vivaldi the general concept of depicting four seasons in music; it also presents a solo violin featured within an orchestral texture in highly virtuosic style. Yet, initially, this work was written for a folk ensemble, not at all for virtuoso violin.

In all four movements, the string instruments turned into an extended percussion section, and then reverted to a more traditional style.  In Vivaldi’s The Four Seasons, each season includes three short movements. Piazzolla’s variation gives each season only one movement. Each of Piazzolla’s seasons, however, contains several sections that depict different moods within the single movement. In the evening’s performance, the Summer movement contrasted the sassy, rhythmic tango with remnants of the Italian Baroque. An extended, melancholy cello solo dominated the first section of the Autumn season. Slow, sultry, yet intensely rhythmic, Winter gave the solo violinist the perfect opportunity for cadenza-like displays of virtuosity. Even more quotes from Vivaldi, this time from his Summer, were woven seamlessly into Piazzolla’s intensely emotional Winter tango. In contrast, Spring in Buenos Aires was delivered by Sicily Ensemble with excitement and a rhythmic electricity that propelled the work to its brilliant conclusion.  Cuatro estaciones porteñas is a significant, highly entertaining, ingenious and inspired addition to the twentieth-century repertoire.

Next came 3 shorter pieces bearing the title Mumiki, Fugata, and Escualo.  What impressed the listener was the fact that although all pieces belonged to the tango genre, yet the ensemble managed to extract the idiosyncratic quality of each work — the individual mood, the individual nuance.  This created immense variety and a kaleidoscope of infinite colour.  Special mention goes to the interpretation of Fugata, a work which develops into a very intricate network of contrapuntal patterns on all instruments, intertwined into a magnificent canvas of tango music.  There was a distinct feel of improvisation to the more rigid form of the fugue.

Oblivion and Libertango are perhaps among the best-known of Piazzolla’s works.  The former was rightly imbued with a harmonic sophistication and whispered sadness while the latter brought out all the fire, passion, and sultry heat that this wonderful work is so well-known for.

This was a most entertaining evening, one that the audience enjoyed tremendously. 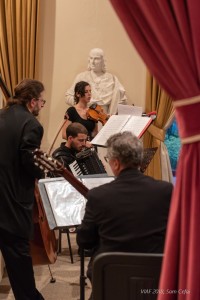 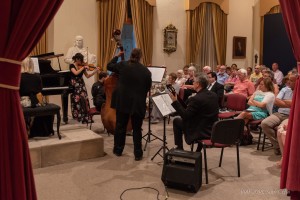 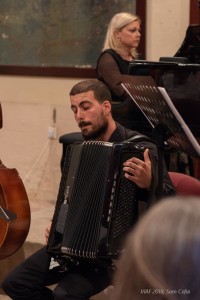 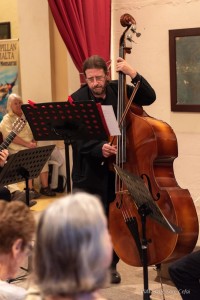 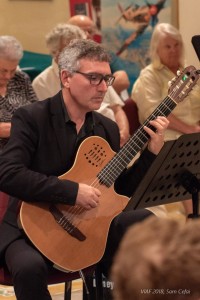