Caraid Trì, made up of Emily Ruth Mitchel (Soprano), Sarah Louise Burnet (Flute), and Jennifer Margaret Barker (Pianoforte/Composer), together with guest clarinettist Mario Galea, will perform a unique recital of music by Jennifer Margaret Barker. This will consist of works by Scottish-born composer Prof. Barker dating back to 2000 and also recent works such as … to the pale green sea of evening (2015), which was inspired by the beauty of Gozo when she performed in VIAF last year. Settings of Robert Burns songs will also be performed. The concert also includes a work by flutist Louise Burnet.

The concert will be held at the Aula Mgr G. Farrugia and starts at 8pm. This is a special concert that should not be missed!

Emily Mitchell is a Scottish soprano who comes from a musical family.  Graduating with full honours from the Royal Conservatoire of Scotland she is currently pursuing further study with Jane Irwin. She is a Live Music Now! artist in the Trio Sweet Harmony and also sings with the Scarlet Quartet. Emily has performed extensively all over Europe and is a regular performer with the Dunedin Consort.  Her operatic experience includes major roles in the canon, and she is also in great demand as a recital soloist.  Emily has been broadcast on BBC Radio Scotland, and BBC Radio 3, and has also appeared with the BBC Scottish Symphony Orchestra. She made her BBC Proms debut in August 2010 in Vaughan Williams’ Serenade to Music. Her commercial recordings include Handel’s Esther and Mozart’s Requiem recorded by Linn Records.

Louise Burnet is a major prize winner at the Royal College of Music, London.  She freelanced for ten years with orchestras such as the London Philharmonic, Philharmonia, London Mozart Players, City of Birmingham Symphony Orchestra, and the Chamber Orchestra of Europe. Louise is very active in the field of chamber music and she earned glowing reviews for her South Bank Purcell Room debut.  She currently combines performing chamber music and solo recitals with teaching and composing.  Recent large-scale works include Millennium Gloria, and John Muir Song Cycle, both scored for two choirs and instrumentalists.  Her premiere performance of her work Morning Glory was well received at the Edinburgh Festival Fringe, 2015.  She also runs the highly successful Flutes du Soleil summer course in the Hautes/Savoie, France. www.flutesdusoleil.com

Jennifer Margaret Barker has been performed all over the world, with her work hailed as “extraordinarily moving”, “soul-stirring”, “beautiful … warm”, “illuminated by dreamy images”, while her compositional output has been praised for its “wonderful array”.  She has received performances and commissions from symphony orchestras, chamber ensembles, and international solo artists to include legendary British pianist Martin Jones.  Recent Festivals in which her music has been featured include National Flute Association Convention, Washington (2015), 5th European Clarinet Festival, Ghent, the Festival Internacional Compositores de Hoje, Rio de Janeiro (2014), and many more.  She is published by Boosey & Hawkes, Theodore Presser, Vanderbeek & Imrie Ltd, Southern Percussion, and McKenna-Keddie.  Her work has been broadcast on American Public Radio, Radio Television Hong Kong, Swedish Radio, and the BBC.  Her first CD, Nyvaigs, was released in 2000 on the CRI label, and is currently distributed by New World Records, while her second CD Geenyoch was released in 2005 on the Meyer Media LLC label.  Jennifer is Professor of Music Theory and Composition at the University of Delaware. 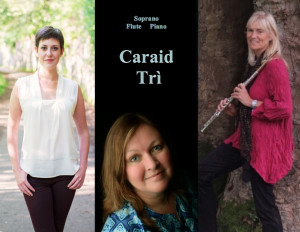