Yesterday evening, lovers of song were regaled with an exciting choice of Maltese lieder sung by baritone Joe Huber. Choosing two long pieces in the form of a secular cantata for solo voice, the recital started with André Paul Huber’s Għanja tal-Milied specifically composed for his father. This is a daring and ambitious work, more expressionistic than impressionistic, making use of percussive effects on the piano and interspersing the melodic line with spoken verse. The words are by well-known Maltese poet Tevor Zahra and here one sees the poet in a rare serious mood, contemplating existentialism, solitude and irony. Joe Huber’s voice is emintently suited for lieder and this, coupled with admirable stage presence, carried off the work with credibility and assurance. Marcelline Agius had a diffiult part to play, literally, on the violin and, in fact, the violin here provided a much-needed respite from the darker hues produced on the pianoforte.

Gisèle Grima is one of Malta’s up-and-coming pianists and she is fast gaining a reputation for herself as a soloist. After the first piece, she performed two of Liszt’s best-loved pieces, namely, his Sonetti del Petrarca (47, 104). She possesses the right temperament for the late Romantic idiom and her interpretation was largely solid and controlled. Joe Huber then sang his second and last lieder of the evening, Joseph Vella’s L-Għanja tal-Ħajja set to a text by, arguably, Malta’s foremost poet Achille Mizzi. This is a formidable work of great beauty, depth and musical interest. Composed originally for harp, oboe and baritone, the work was performed on the piano and clarniet. Noel Beck displayed his mastery and musicianship on the clarinet while Gisèle was firm and reassuring on the pianoforte. Joe Huber has been familiar with this work for a number of years, in fact he has recorded it on a CD of Vella works. The writing is intelligent and despite its contemporary idiom is never far away from the lyrical. The performers were well attuned intellectually and they managed to deliver the work with conviction.

The very enjoyable evening came to a close with another piano work, this time Debussy’s Etude no. 1 pour les cinq doigts, d’apres Monsieur Czerny. This was performed with technical mastery and the right dose of gusto that the piece asks for! 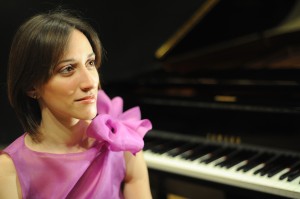 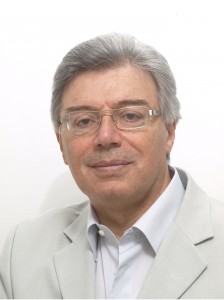