And they came again. After hugely entertaining a massive audience for the past years, the Royal Conservatoire Brass of Edinburgh, under the charismatic direction of John Logan, once again gave an al fresco concert on the roof-top of the gorgeous Il-Ħaġar Heart of Gozo Museum.

This is one of the many concerts that patrons flock to – in fact, the roof-top was packed and they were more than rewarded for their trouble! They attended to a group of extremely talented, fun-loving, and passionate musicians that form the Royal Conservatoire Brass of Edinburgh, whose dynamic director John Logan does all it takes to enliven things up for all. Victoria International Arts Festival tries to engage this unique ensemble every year to give a concert that has become traditional in that it is held al fresco on the Roof-Top of Il-Ħaġar – Heart of Gozo Museum, with the glorious backdrop of St George’s Basilica and panoramic vistas of half of Gozo around it.  Performing to a packed roof, with the glorious sound of the brass floating down on the unique St George’s Square below to the delight of happy drinkers there, the recital started with Dvořák’s Slavonic Dance no. 8 a well-known piece that set the mood for wonderful music to come! The noble tones of the brass, together with the coordination amongst the 10 musicians, was a delight to hear.

Next came Vivaldi’s Concerto for 2 Trumpets, with the soloists being two of the girls that regaled an enraptured audience with their virtuosity.  This was one clever arrangement,that also allowed the soloists to be foregrounded.  What was truly impressive was the tuba player who miraculously played the continuo part as if it were a piece of cake.  Such excellent technique these worthy players are possessed with!

Liszt’s Hungarian Rhapsody no. 2 is not for the faint-hearted.  Even the most virtuosic of pianists have a hard time breaking the back of this one.  The arrangement for brass band was very cleverly done, tempi were impressively maintained and sustained, and the dramatic colour of the work reached both ends of the dynamic spectrum.  The same could be said of the following piece, Lutoslawski’s Variations on a theme by Paganini, a theme that has been reworked endlessly by different composers, not least the magnificent one by Rachmaninov.

The next four pieces were in a lighter vein but not less demanding on the technical virtuosity of the players.  Zawinul’s Birdland saw some extraordinary playing by the horn player, while Kern’s beautiful Smoke gets in your eyes coincided with the gradual sunset that descended on Victoria in all its languid, balmy tones.  Who doesn”t love Glenn Miller! This piece was greeted with a most enthusiastic applause by the audience, while the last number on the programme, Gray’s Thunderbirds brought this very popular concert to a resounding close.

Two encores followed, with a wonderful promise on the part of the big band that they would be back next year.  VIAF wouldn’t be the same without them! 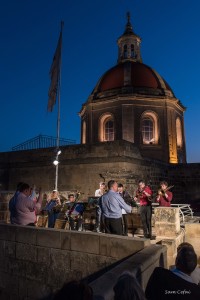 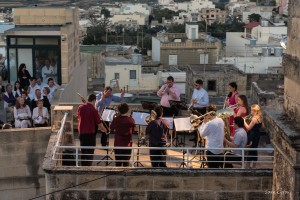 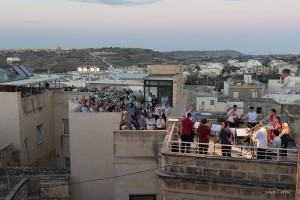 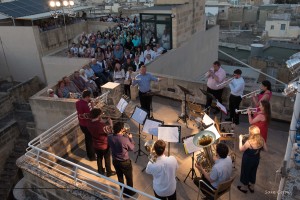 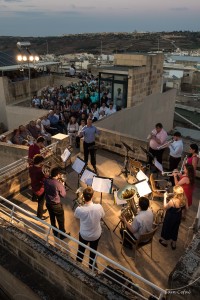 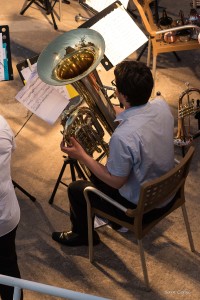 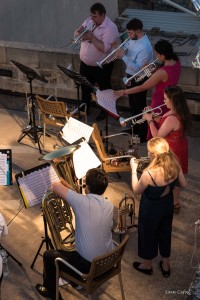 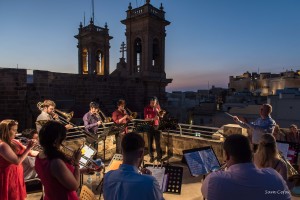 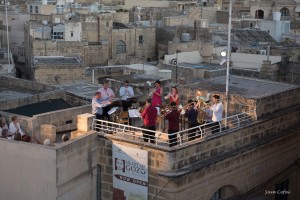