Yesterday evening saw the start of a five-day run of Baroque performances which will take us on a guided tour, as it were, of all the major European countries which have a strong and impressive Baroque culture and legacy. It started with Malta, and what a lovely concert this was!

Comprised of vocal music throughout, it was a 65-minute performance of Motets and Cantatas, involving soloists, duos, trios and choir. The Laudate Pueri Choir, resident choir at St George’s Basilica, has long championed Malta’s cause in the Baroque sector and have, in fact, performed these pieces in major cities both in Europe and the U.S.A. Worthy of mention are the concerts held at St Martin-in-the-Fields (London), the United Nations Headquarters (New York) and the Cathedral of St Louis, Les Invalides (Paris). Apart from this, they have also recorded a series of CDs with the best of Maltese Baroque music.

All this was made possible through the interest, vision and hard work put in by Prof. Joseph Vella, who first alerted Malta (and the world, for that matter) to the fact that Malta has a cultural heritage in this regard that matches with pride that of other European countries, most notably, Italy, under whose cultural and musical influence Malta was at that time. Joseph Vella can very rightly be credited with the brand ‘father of the Maltese Baroque revival’. It was a concert that he had put on at Mdina Cathedral in 1978, entitled Musica restituta that set the ball rolling and encouraged other musicians to take an interest in our wonderful musical heritage.

The works performed yesterday evening consisted of two major Cantatas by Giuseppe Balzano (with solo interjections by Gillian Zammit, Maria Frendo, Antoinette Camilleri and Joseph Mercieca), a duo by Domenico Balzano (sung by Maria Frendo and Antoinette Camilleri), two other duos, this time anonymous works (sung by Gillian Zammit and Maria Frendo) and two lovely solo works, again anonymous (and again sung by Gillian and Maria). This was a performance characterized by clear articulation, style and elegance throughout.  The lion’s share was taken by Gillian and Maria who are seasoned performers in the genre and whose rapport was in evidence from the very start. These are very difficult works but the ease with which the performers sailed through the works attested to the singers’ musicality, technique and experience.

A string ensemble, together with continuo, led by Sarah Spiteri provided the lovely sinfonie that accompanied the works. The concert was conducted by Joseph Vella.

An enthused audience was truly captivated by the performance and the resounding applause that greeted the choir, singers, ensemble and conductor at the end attested to this! 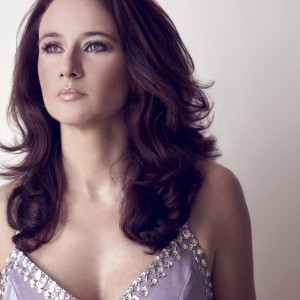 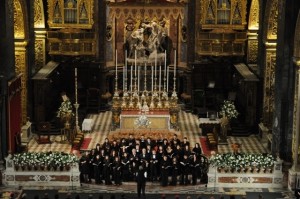