Siglo de Oro, a vocal ensemble based in London, together with saxophonist Sam Corkin, will be presenting a concert with a difference this evening. They have commissioned 8 contemporary composers to set the 8 Advent Antiphons, known as the ‘O’ antiphons, to music specifically for the Victoria International Arts Festival. The composers are: M. Kaner, S. Rathbone, S. Murry-Turnbull, F. Pott, R. Allen, G. Wilson, R. Allwood, and our Artistic Director, Joseph Vella. Scored for vocal ensemble and saxophone, these eight new pieces will be given their world premiere this evening and it surely promises to be a most exciting concert!

Siglo de Oro was formed by a group of London students in 2008, and has become one of the leading young professional choirs of its generation, known for exciting performances of both Renaissance and contemporary repertoire. Recently described by The Catholic Herald as “a strikingly youthful group voices that perform with a straightforward freshness that’s impressive and engaging”, the group has given acclaimed performances of repertoire ranging from modern premieres of Iberian polyphony to Handel’s Messiah. In 2014 the group will give concerts in London, Surrey, Dorset and Suffolk and is proud to be ensemble-in-residence at Hampstead Christmas Concerts. Siglo de Oro takes its name from the ‘Golden Century’ of Spanish arts and literature, which encompasses several of the group’s most performed composers, Victoria, Lobo, and Guerrero.

Sam Corkin studied music at King’s College, London, where he took his performance classes at the Royal Academy of Music. Graduating in 2007, he went on to study Saxophone for a Master’s in Advanced Performance at the Guildhall School of Music and Drama where on completion he was awarded a prestigious Artists Fellowship taking a further year of study.  Sam is a Licentiate of the Royal Academy of Music in the teaching of Saxophone, and currently teaches within the music department at Christ Church University, Canterbury. He has also recently written a number of published books on the Saxophone.

Enjoying an eclectic musical career on Saxophone, Clarinet and Flute, Sam is in demand performing classical, jazz, pop, and show music across the UK and beyond.  In addition to his instrumental career Sam also works professionally as a vocalist, regularly deputising within the choirs of Canterbury Cathedral, The Chapel Royal’s of Hampton Court Palace, Windsor Castle, and across England.

Don’t miss this concert! It will be over by the time the World Cup is set to start, so, don’t worry about that!! Concert will be at St George’s Basilica and starts at 8pm. 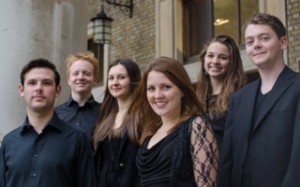 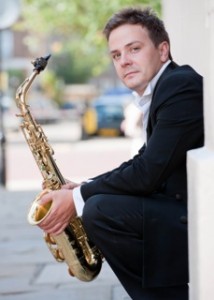