Yesterday evening saw the participation of harpsichordist/organist Lars Henrik Johansen and soprano Øyonn Groven Myhren in a recital of 16th to 18th century Norwegian church music. This proved to be a highly specialised concert, one that is virtually impossible to hear live on the islands. As virtuoso harpsichordist Lars Johansen explained, there is a lot of interest being generated in Norway at the moment on the revival of church music, particularly that of the 18th century. A keen scholar himself, he is very much involved in this research project and is the Musical Director of the Baroque Theatre Project Ensemble 1704 and the Baroque Ensemble L’État Libre de Niege. He holds two Masters Degrees, namely, in harpsichord technique and performance and in Early Music from the Royal Danish Academy of Music. He engaged in a highly interesting explanation of the pieces being performed during the recital, stressing the importance of the folk element as an integral part of church music in Norway. The folk element is never far away from Norwegian music, in fact, as one can easily remember from Grieg. Soprano Øyonn Groven Myhren gave a very authentic rendering of the pieces chosen for performance, which ranged from an Early Morning House Service, to a Church Mass, and finishing with an Evening Hour Service. Alternating with ease between the harpsichord and the wonderful British organ, both housed in Aula Mgr G Farrugia, Lars proved a very assured and competent accompanist.

This concert was a highly accomplished one, and further contributed to the diversity and variety that the Festival has become so well-known for! 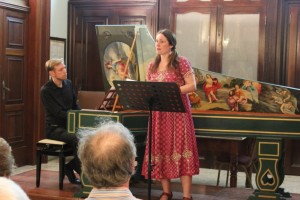 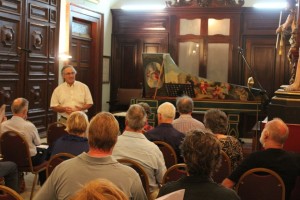 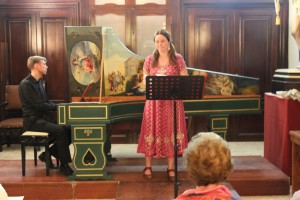 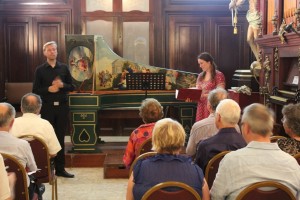 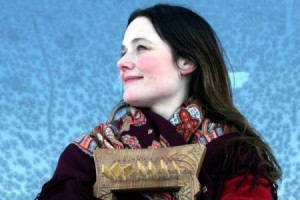