Janascharco Trio is one of the best chamber ensembles on the islands. Comprised of three outstanding musicians, namely, Natascha Chircop (Flute), Tatjana Chircop (Violin) and Marco Rivoltini (Pianoforte), this ensemble is forever reaching higher standards and their idiosyncratic style is firmly establishing them as among the most talented groups in Malta. They have previously performed in the Victoria International Arts Festival and one is always assured of high-level music-making when they play.

Formidable musicians in their own right individually, with Natascha and Tatjana being equally accomplished pianists apart from flutist and violinist respectively, they also come together as a group sharing the same thoughts and ideas musically, and this is evident in the remarkable rapport they have almost naturally built up amongst each other. In fact, clear understanding, affinity and balance were the hallmarks of yesterday evening’s performance.

Starting their recital with two eighteenth-century works, namely, Quantz’s Trio Sonata in D Major and Stamitz’s Trio Sonata in G Major op.14 no.1, the ensemble immediately set the right tone for these eighteenth-century works. The eighteenth century is the age of elegance, refinement and sophistication and this is exactly what Janascharco Trio truly managed to capture in their interpretation of these two charming works. They were performed with ease, style and the right dose of emotion. The group’s style is one of understated utterance, never hyperbolic, always controlled and they struck the right pitch for these two lovely Sonatas. Contrapuntally delicate, especially on the Flute and the Violin, the exchanges were superbly articulated, with the pianoforte providing a very steady and assured texture to the intricacy of the other two instruments’ lines. Performed in Aula Mgr G Farrugia, with its lovely decorated walls, this was the perfect environment for the interpretation of these works, a kind of salon intimacy that is not easily captured unless finely tuned to delicacy and aesthetically-refined taste.

Cui’s Five Pieces op.56 (Badinage; Berceuse; Scherzino; Nocturne; Waltz) is a Russian work, with all the flavour and colour that a Slav work is likely to bring with it. Perhaps best described as miniatures, these five short pieces were very charmingly interpreted, with each instrument coming to the fore when required. The Trio had no problem at all shifting the mood from the previous two works and they adapted admirably to the new style as demanded of the work. Ibert’s Deux Interludes are two contrasting pieces with some busy work on the violin and the flute while Hodge’s The Merry-Go-Round from Three Sketches was performed with panache, vigour and remarkable workmanship, with the piano emerging as a protagonist in its own right without ever overpowering the other two instruments.

This was an evening of very stylish music-making, as one has come to expect of the Janascharco Trio. 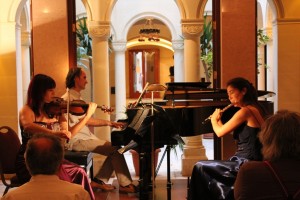 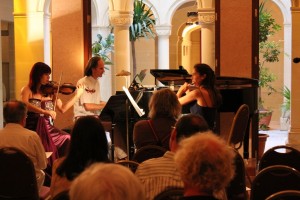 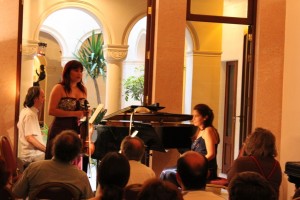 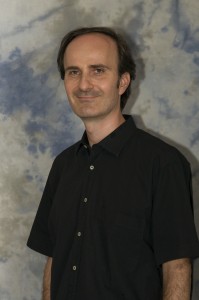 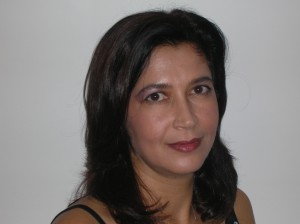 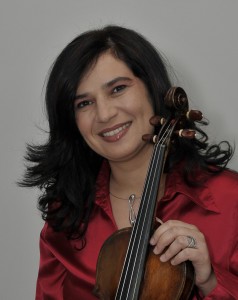