Tomorrow, Friday 26th, sees a double fare in The Composer Speaks Series which will be followed by the debutants’ concert that VIAF holds every year.

This year’s guest composer is none other than Ruben Zahra, a young and well-established artist in his genre. He will be speaking about his works and style, using a power point projection and live examples performed on the pianoforte by Tricia Dawn Williams.

Ruben Zahra is one of Malta’s leading contemporary composers. His music carries fragments from a variety of musical cultures. Influences from classical, rock, jazz and ethnic music are interwoven within the tapestry of his contemporary work.  Ruben Zahra has been invited to present concerts in major festivals all over Europe as well as in Egypt, Tunisia, the U.S.A., India, and Hong Kong.  In 1994 he graduated from the University of Malta in Music & Theatre Studies and was awarded a scholarship by the Italian Cultural Institute to further his studies in composition with Azio Corghi at the National Music Academy of Santa Cecilia, Rome.  While in Italy he studied electronic music with Giorgio Nottoli and film music with Ennio Morricone.  In 2000 he moved to the U.S.A. for a Masters in composition at Mills College, Oakland, California.  In 2002 he moved to Los Angeles and spent two years working for the Hollywood film industry as a soundtrack composer. Four years later, he established the organisation Soundscapes which develops cross-border co-operation between cultural operators and institutions on a Euro-Mediterranean platform. Ruben Zahra is the president of MACM (Malta Association of Contemporary Music) and artistic director of Għanafest – Malta Mediterranean Folk Music Festival. Ruben Zahra lives in Malta and works internationally as a freelance composer.

This presentation will be followed by a performance by three most promising, up-and-coming musicians who will be given the opportunity to face an audience in real time! The Victoria International Arts Festival organizers fully embrace the educational aspect that such a Festival offers its young musicians. The Debutants’ concert, together with master classes in numerous disciplines are a much-appreciated aspect of the project and we strive to continue providing this opportunity to our students.

The first performer of the evening is pianist Stephanie Curmi (teacher: Maureen Zerafa), who will be performing the Scherzo from Beethoven’s Sonata in C Major op. 2 no. 3.  This will be followed by Chopin’s Nocturne in C# Minor op. post. The short recital will finish on a light-hearted tone with Schmidt’s All of Me.

The second performer will be another pianist, this time Anna Rapa (teacher: Sr Cecilia Vella). She will be playing Debussy’s La Cathédrale engloutie and Chopin’s Etude op. 10 no. 3 in E Major.

Young violinist Kathryn Mizzi (teacher: Emese Toth) will perform the first movement from Beriot’s Concerto no. 9 in A Minor and Kreisler’s famous Praeludium and Allegro.

Come and support these young musicians! Both the presentation and the concert will be held at the Aula Mgr G. Farrugia and starts at 8pm. 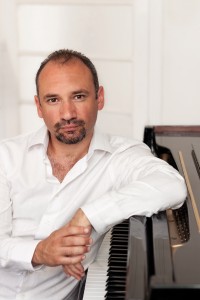 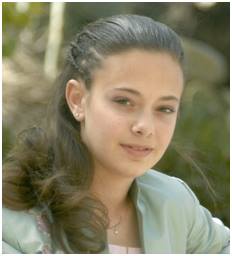 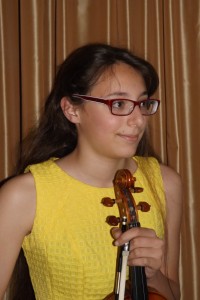 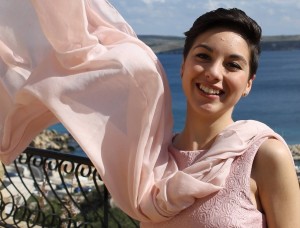